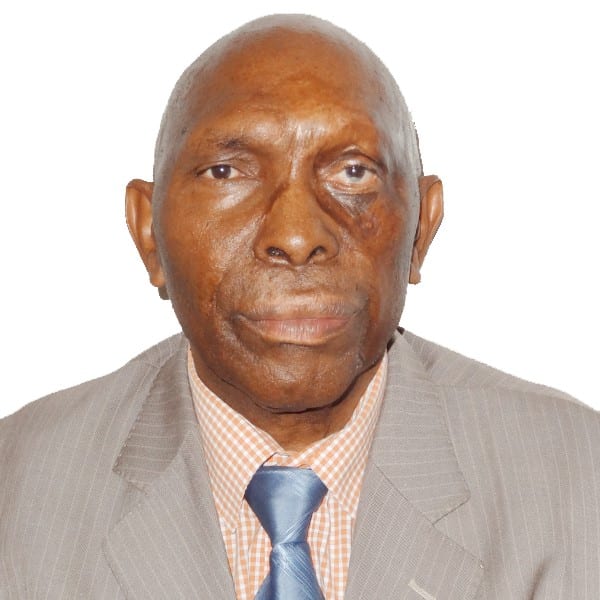 By Francis Kihumba The role of air pollution on human health is increasingly coming on the spotlight as a key threat to life. Scientific advances relating to global research on environmental sustainability confirm that air pollution is now a major contributor to child mortality and incidences of non-communicable diseases. Managing air pollution is therefore becoming a key development agenda for governments wishing to guarantee quality of life for their citizens. Available global data confirms that reduction in exposure to air pollution is especially important in protecting children’s health. More than half of all the pneumonia deaths in children below the age of five are caused by air pollution. In 2014, the Minister for Environment gazetted the air quality regulations under the Environmental Management and Co-ordination Act (EMCA). Evidently, this provides an opportunity to address this rather urgent and priority issue. The significance of air pollution by far exceeds the traditional environmental issues of climate change, deforestation, and so on. The impacts of air pollution are direct and urgent. Africa, in general, and Kenya, in particular, have been left behind on this matter. Air quality will in future literally determine Kenya’s workforce, the health budget, infrastructure, agriculture, clothing and many other human undertakings. Early life exposure is associated with an increased risk for many chronic diseases. Older people and individuals with pre-existing cardiorespiratory conditions and diabetes are particularly at risk. Workers exposed to increased levels of air pollution are at high risk, and need to be protected by introducing adequate measures. Air pollution is a major environmental risk to health. By reducing air pollution levels, Kenya can lower the burden of diseases such as strokes, heart illnesses, lung cancer, and both chronic and acute respiratory diseases such as asthma. The lower the levels of air pollution, the better the cardiovascular and respiratory health of the population will be, both in the long- and short-term. The WHO Air Quality Guidelines: Global Update 2005, provides an assessment of health effects of air pollution and thresholds for health-harmful pollution levels. In 2016, 91 percent of the world population was living in places where the WHO air quality guideline levels were not met, Kenya being one the countries that failed to do so. Ambient (outdoor) air pollution in the towns and rural areas was estimated to cause 4.2 million premature deaths worldwide in 2016; Some 91 percent of those premature deaths occurred in low- and middle-income countries, and the greatest number in the WHO South-East Asia and Western Pacific regions. Kenya has not yet quantified the mortality rate due to air pollution but it can’t be far from the situation in the Asian countries. Policies and investments supporting cleaner transport, energy-efficient homes, power generation, industry and better municipal waste management would limit key sources of outdoor air pollution. Indoor smoke is also a serious health risk for some 3 billion people who cook and heat their homes with biomass, kerosene fuels and coal. All diseases cannot be attributed to environmental factors. The WHO has consistently indicated that only 25 percent of the diseases can be attributed to environment factors. According to 2008 data for Kenya, for every 100,000 cases some 109 people die of chronic respiratory diseases.

For children, for every 1000 live births 17 are attributed to air pollution or 1700 for 100,000
The first WHO Global Conference on Air Pollution and Health took place at WHO headquarters in Geneva, Switzerland, from October 30 to November 1. The conference was organised in response to a resolution of the 68th World Health Assembly (WHA68.8) in 2015, in which Health ministers asked for a major increase in the response by health and other sectors to prevent air pollution diseases, exposure to air pollution and their costs to society.

The “Roadmap for an enhanced global response to the health effects of air pollution” adopted at the 69th World Health Assembly in 2016 (A69.18), asked for a global conference to review progress and decide on further action. The participants considered the scientific evidence on air pollution and health, and emphasized access to clean energy in the home, air quality in cities, access to sustainable transport, and on climate change, and the Paris Agreement on climate change. Reaching this goal will save significant global health care costs every year. The wider economic impacts of diseases and deaths due to ambient air pollution amount to billions of shillings and affect Kenya’s Gross Domestic Product (GDP) in 2016. To reach this goal and resolve this health crisis, bold and prompt action is needed. There is a need to avoid dirty fuels and technologies in transport and energy production; and to stop uncontrolled burning of solid waste and agricultural waste. Other measures are reduction use of the use of fertilizers and promoting clean technologies and fuels and green, clean cities. All the countries and cities will need to achieve WHO air quality guideline levels. This can be done by assessing the health and economic impacts of air pollution and by catalysing actions that reduce air pollution in cooperation with other sectors where the policies affecting air quality are being defined. Addressing air pollution calls for multi-sectoral efforts that build upon synergies between human health, climate change and growth priorities. Reducing air pollutants will lower the concentrations of short-lived climate pollutants such as black carbon, thus contributing to climate change mitigation. For the National Treasury, tackling air pollution can create opportunities for increased revenues. The use of environmental fiscal instruments, and reduction of health care expenditures will increase revenue. Mr. Kihumba is the Technical Adviser, on the Unintentionally Produced Organic Pollutants (UPOPS) Project, at the Ministry of Environment and Forestry Email: kihumba.mugure@gmail.com