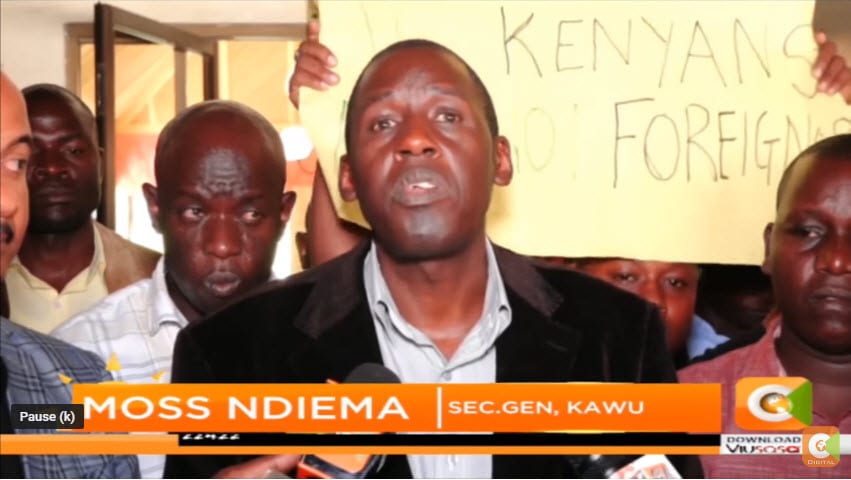 Kenya Aviation Workers Union (KAWU) have demanded for the exit of Kenya Airways CEO Sebastian Mikosz and Kenya Airports Authority CEO Johnny Andersen, failure to which they say they will grind to a halt all airports operations in the country from next week on Wednesday.

“I promise you, the aviation sector will grind to a halt come next week Wednesday if these two individuals are still working!,” said Moss Ndiema- Secretary General KAWU.

“Why subject KAA to the misery that is KQ, their main issue has always been management and if that is not changed then the airline itself will collapse,” said Ndiema.

The proposal is currently a subject of a Parliamentary probe.

Speaking at a the state of Judiciary report on Thursday, Deputy President William Ruto however defended the deal.

“The deputy president should not speak like this, KAA is a national asset that we need to protect. If the deal was good for both institutions we would not oppose it,” retorted Ndiema.

Parliament has requested for a special audit on the proposed merger stating that KAA will be exposed to financial risks in the merger.

The Public Investments Committee presented its reservations in report presented to Parliament on Wednesday stating that there was no viability in the merger.

This even as Speaker Justin Muturi directed the transport committee to continue with its probe on the deal.