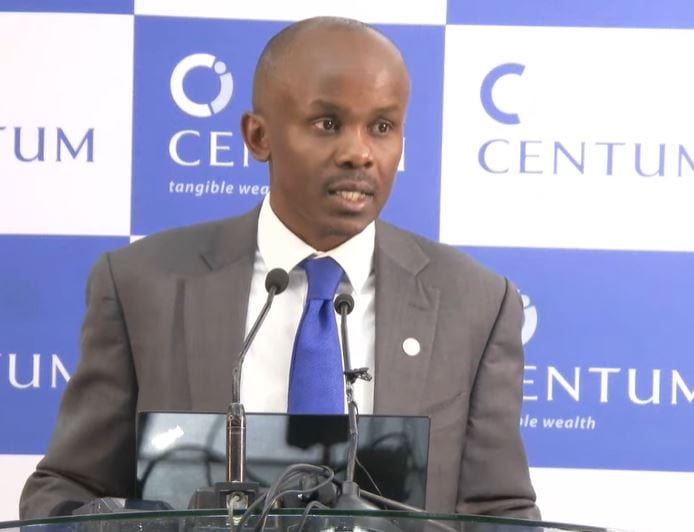 Centum Investment has set aside Ksh.2.1 billion as provision for the eventuality of a loss from its funding of the distressed Amu Power Company.

The provisioning which is aligned to the IFRS 9 rules on expected losses has stemmed from the uncertainty of Amu Power’s planned coal plant in Lamu County which remains tied up in controversy.

“The provision is made in view of uncertainties surrounding the timely closure of this matters,” the firm noted on Thursday.

The loss-provision comes barely days since the withdrawal of the project’s support by the African Development Bank (AfDB) and the European Investment Bank (EIB) who sighted changed courses away from investments in dirty fuels.

Earlier in June, Amu Power which is majority owned by Centum Investment lost its environmental impact assessment license to further stack the odds of the project’s fruition.

In spite of the darkening clouds on the multi-billion shillings project, Centum Chief Executive Officer James Mworia is holding out for the realization of a return from the investment in the hope for better days for the delayed project.

“The provision does not in any way alter the prospects of Amu Power. As responsible investors, we will do our best to pursue a return on investment,” he said.

“This is a long-lead projects where the ups and downs are usually a norm.”

The implementation of the 1050 megawatt Lamu coal plant has remained in limbo as the project further comes up against litigation and subsequent uprisings from civil society groups who view the plant as an environmental hazard.

Nevertheless, Centum posted a net profit growth of 226 percent to Ksh.6.8 billion for the first half of the 2020 financial year to September 30 with the notable surge in earnings being largely determined by increased investment income.

During the financial review period, the firm managed to see off its private equity exit from the consolidated Almasi beverages for Ksh.18.6 billion to free up liquidity for the company’s future investments.

Further income arose from the firm’s real estate portfolio with Centum reporting a 63 percent pre-purchase deals for its 1316 housing units under development.

As such, Centum improved its balance sheet through the redemption of over Ksh.7.7 billion worth of debt in the financial year to date to save on over Ksh.900 million in interests payments even as the cash and equivalents balance improved by a considerable 426 percent over the period to Ksh.11.9 billion.

Centum is now set to clear outstanding project debt at company level by the end of June 2020 in the aftermath of its corporate bond redemption.

The firm’s real estate portfolio is set to shepherd future growth for the investments company by a holding a greater return on asset than both private equity and the development counter.

Centum’s real estate portfolio led the way in reigning in growth by paying out a higher Ksh.39.97 in NAV per share earnings against a lower return of Ksh.13.61 and Ksh.3.03 from private equity and the development portfolio respectively.