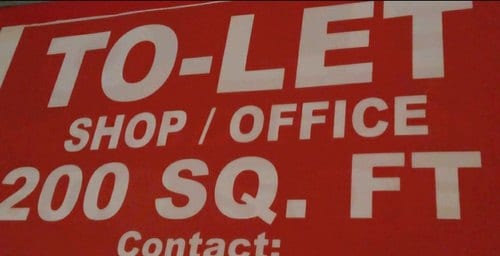 Investors in commercial offices had a year 2020 to forget, with the COVID-19 pandemic compounding woes for the real estate sub-group.

A reduction in the demand for office spaces coupled with the completion of new office blocks in the year served to further trim rental rates and occupancy for the sector.

According to a new report by Cytonn Investments covering the Nairobi Metropolitan Area (NMA), the oversupply of office space in the year hit 7.3 million square feet (SQFT) rising from 6.3 million SQFT in 2019.

“Since the emergence of the pandemic in early 2020 which was followed by lock-down measures, companies restructured and adopted remote working which led to a decrease in occupancy levels in the commercial office sector,” reads part of the report.

On average, office occupancy levels fell by 2.6 per cent to 77.7 per cent while mean rental rates declined to Ksh.93 per SQFT from a higher Ksh.96 cutting total yields for the sector to a flat seven per cent.

The emptying out of offices was compounded by an addition of 800,000 SQFT of space which came to market via the completion of new office blocks including the new Central Bank Pension skyscraper which added 180,000 SQFT.

Office space supply has grown at a seven year cumulative annual growth rate (CAGR) of 21.3 per cent to 36.4 million SQFT.

Demand for the spaces has however been on the declining trend with demand in 2020 being at negative 200,000 SQFT driven primarily by tough economic conditions which forced businesses to restructure operations.

The performance of the commercial office in various sub-markets was on overall subdued.

Gigiri area topped the performance by market grouping with rental yields of 8.5% and an average occupancy rate of 82.5 per cent ahead of Karen, Parklands and Westlands.

Commercial office spaces in Thika Road and Mombasa road trailed the rest of the markets for yet another year with yields of 5.8 and 4.8 per cent respectively and occupancy rates of 76.1 and 63 per cent.

In spite of the slump, the sector is still expected to see some drive factors including the requirement of more office space to implement social distancing requirements and the continued rise of serviced offices.

“There has been a need to redesign offices to open spaces so as to adhere to social distancing regulations as well as maximize the space thus bringing about the need more office spaces,” the report added.

On their part, serviced office spaces continue to offer more returns to investors based on their attraction to clients with average yields standing at 11.2 per cent in contrast to seven per cent for vanilla office setups.

The attraction of the premium spaces has been anchored on factors including the flexibility of leases and zero set-up costs.

Serviced offices in Westlands held the highest yields at 15.9 per cent and had an occupancy rate of 81.2 per cent.