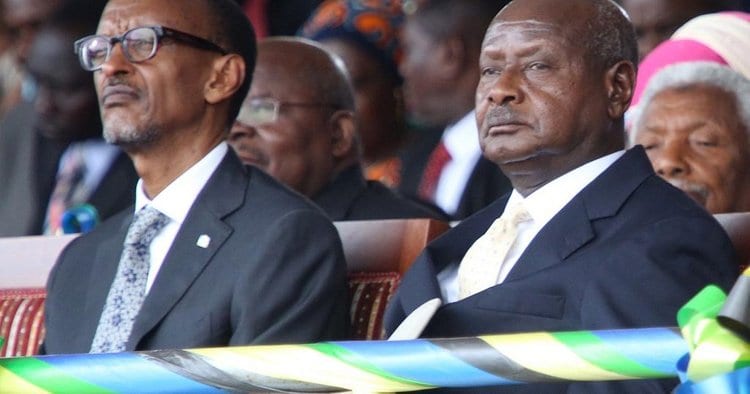 The East African Community (EAC) has adopted a wait-and-see policy to the ensuing border dispute between Uganda and Rwanda as the arms investigative unit hits the ground running on a fact finding mission.

The ongoing trade dispute has cast a shadow on the EAC cross-border trade relations as the Uganda’s largest border crossing with Rwanda — the Gatuna post — remain closed to traffic.

“We have our directorates’ of customs and trade in both Rwanda and Uganda. We expect to file a report on the dispute in the next few days before engaging with the partner states,” EAC Secretary General Dr. Liberat Mfumukeko said.

Mfumukeko, who spoke on Tuesday during a private sector roundtable on elevating the role of the sector in the EAC,  further warned of the disputes impact on cross-border business activities as is the case with the majority of non-tariff barriers (NTBs).

According to the East African Business Council (EABC), the ongoing conflict has an effect resonating to beyond just the scope of the duos border points.

“Any time there is a challenge with one border, it affects all the other borders. Our respective members have asked us to make our voices heard but we can only do this carefully. We need to understand what is exactly happening and the political issues involved,” EABC Chairman Nick Nesbitt told Citizen Digital.

Uncertainties into the dynamics involved in the near-month long wrangle have left experts perplexed on the probable outcomes from a prolonged trade spat between the pair.

Chief Executive Officer to the Institute of Economic Affairs (IEA) Kwame Owino who spoke to Citizen Digital on phone for instance said it would be too early to make a sound conclusion on the matter without interrogating the facts.

Trade Mark East Africa, the agency involved in the promotion of internal trade between the six EAC partners, meanwhile sees a diffused impact on trade in Kenya with the majority of Rwandan imports emanating from the Dar es Salaam port as opposed to the port of Mombasa.

“The reliance is more on Dar es Salaam than Mombasa. However from an export perspective Rwandan tea is auctioned at Kenya’s port and therefore has to go through Uganda,” said Trade Mark E.A. Trade Logistics Director Abhishek Sharma.

Trade between Rwanda and Uganda is valued at close to Ksh. 200 billion (USD 200 million) with the latter controlling the vast majority of the share value.

From an analysis of the pair’s balance of trade, Uganda stands to be the biggest loser from the all out trade conflict. The country for instance exported goods totaling Ksh. 19.8 billion (USD 19.8 million) to Rwanda in 2018 while only ordering goods worth Ksh 1.8 billion (USD 18 million) from the country according to data compiled by the Bank of Uganda.

The pair currently remains in heated exchange opinions with both governments holding out on their suspect opinions. Rwanda for instance maintains access to its domestic market through the Kagitumba border crossing while accusing its partner of harboring dissidents and harassing its nationals.

Uganda and Rwanda rely greatly on both the Mombasa and Dar es Salaam ports given their landlocked status meaning prolonged infighting between the duo is likely to result in far reaching consequences for the East African Community.