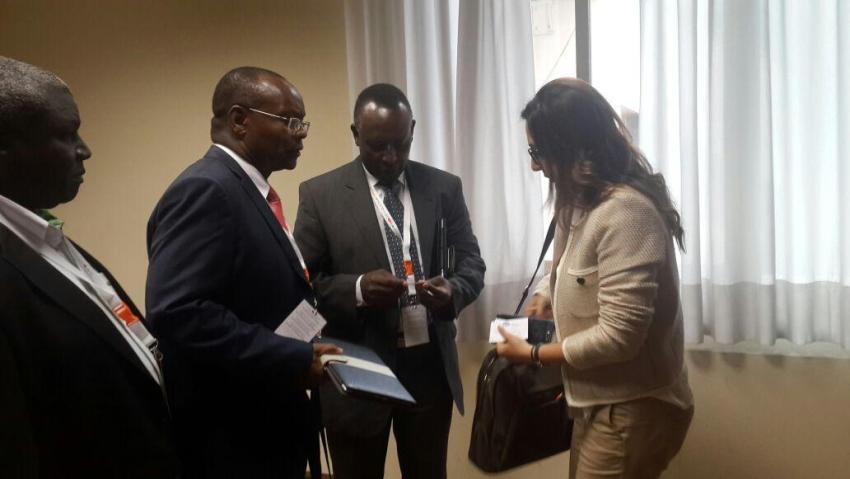 Former Kenya Electricity Generation Company (KenGen) boss Eddy Njoroge has been nominated to run for the presidency of the International Organization for Standardization (ISO).

Mr Njoroge will have to tough it out against Canadian John Walter, who is currently ISO’s current vice chairman, to become the first African to run the global standards body.

The Kenya Bureau of Standards (KEBS) nominated the 64 year old businessman to run for the post and has also been endorsed by the Africa Organization for Standards to vie for the post.

“In submitting my candidature, KEBS is confident that I meet all the required criteria for the position. I have a wealth of corporate governance experience, having sat and chaired many boards not just in Kenya but also in the region,” Mr Njoroge said.

Speaking on the nomination, KEBS Managing Director Charles Ongwae said it was  important for Africa as a rising continent and also for ISO and all its members, that the continent is ripe to provide guidance on matters pertaining to trade and standardization. Industry players say having an African heading ISO, would be a major boost as it would allow developing nations to have a greater voice in how standards are set.

Mr Njoroge becomes the first candidate from a developing country in ISO’s nearly 70 years of existence. ISO is an independent, non-governmental international organization, with a membership of 162 national standards bodies.

Through its members, it brings together experts to share knowledge and develop voluntary, consensus-based, market relevant International Standards that support innovation and provide solutions to global challenges.

The election will be held during the world ISO general assembly in September. If successful, he will take over from China’s Zhang Xiaogang whose term comes to an end in 2017.