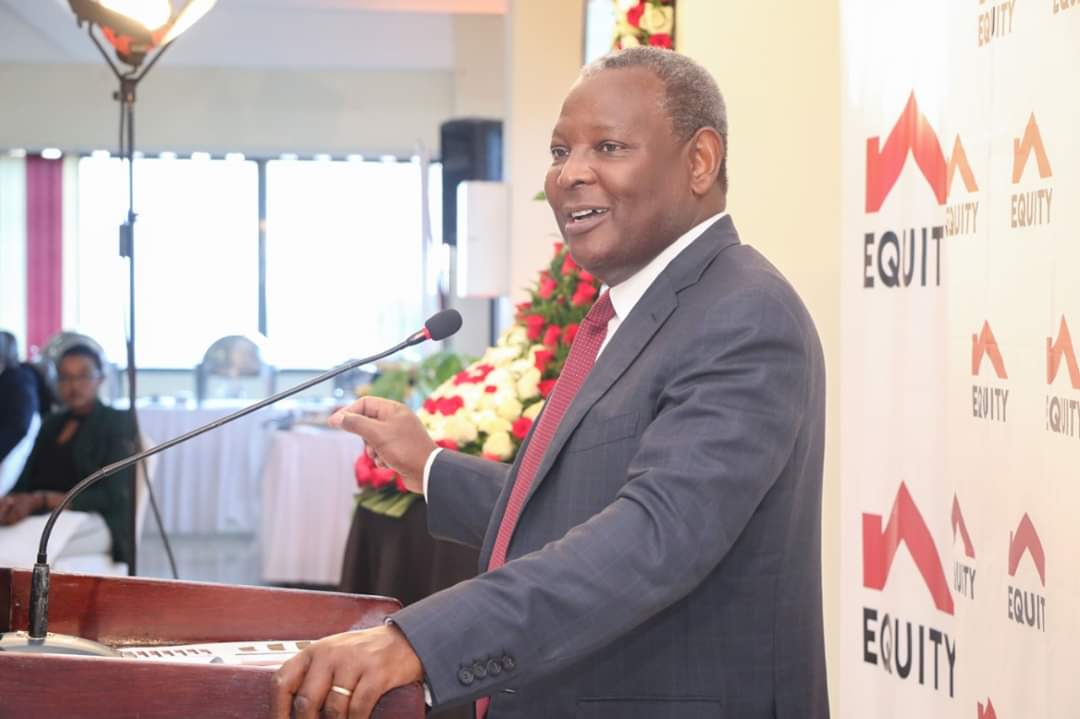 Equity Group Managing Director James Mwangi has been named on the shortlist of 50 top innovators by the Bloomberg Business Week.

Dubbed the Bloomberg 50 list, the accolade identifies top innovators, entrepreneurs and leaders who have notably impacted the global business landscape.

“I am honoured to be part of this incredible group of people, who are changing the world in significant ways and driving their important messages home, with commitment and passion,” said Dr. Mwangi.

“Our vision is to be the champion of socio-economic prosperity of the people of Africa by providing the capacity, tools and technologies to do so.

Under his stewardship, Equity Group has grown to transcend Kenyan borders through acquisitions of stakes in neighbouring regional States.

Further, the bank is on the verge of consolidating on its found pan-Africanism with the planned acquisition of Atlas Mara assets to see the Group set up shop in Zambia and Mozambique.

The listing is only the latest for Mwangi who has previously garnered a variety of accolades for his contribution to the financial services sector.

The Financial Times has previously named Mwangi as one of the top 50 thought leaders in emerging markets and among the top 20 most influential people in Africa.