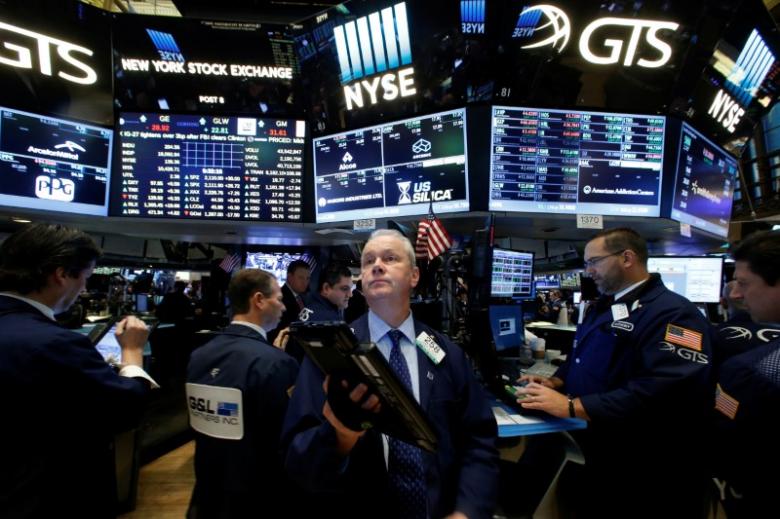 Investors should brace for a further slump in global stock markets, the U.S. dollar and most commodities if Republican candidate Donald Trump becomes the next U.S. president, as appeared increasingly likely on Wednesday.

Markets fear a Trump victory could trigger global economic and political turmoil, creating massive uncertainty for investors who had been counting on a win by Democrat Hillary Clinton, whose policies were seen as more staid but predictable.

“If current market moves hold or go further, there is likely to be quite a bit of de-leveraging and forced selling tomorrow,” Mohamed El-Erian, chief economic adviser at Allianz, said as global markets skidded.

Trump has threatened to rip up major trade agreements and impose barriers in the United States on imports from countries such as Mexico and China, which could reduce trade flows, harm already sluggish global growth and inflame geopolitical tensions.

“You don’t know whether he is going to carry through with that.”

Jack Ablin, chief investment officer at BMO Private Bank in Chicago, forecast U.S. stocks could drop as much as 10 percent over the next 10 sessions if Trump is elected to the most powerful office in the world.

“Foreign markets, particularly emerging markets, would take most of the brunt,” he said. “These are markets that rely more on selling to us than us selling to them.”

Market mayhem could also prevent the U.S. Federal Reserve from raising interest rates as expected in December, and force other central banks to ease policy further.

As the chance of a Trump upset grew, global markets plunged, with some losses eclipsing the carnage seen after Britain’s shock vote to leave the European Union in late June.

“Whatever the outcome, this is a horribly angry electorate,” said Daniel Alpert, managing partner at Westwood Capital LLC in New York.

“The markets will tank and then, those around Trump who have reasonable minds will script him with some pablum for the markets and calm them.

“But that is not the issue. The issue is that he cannot fulfill the goals of those who are in his crazy inner circle and, at the same time, truly address the interests of those who have risen up against the Washington consensus.”

Trump was leading Democrat Hillary Clinton in the Electoral College by a tally of 244-209 as of 0440 GMT, with some key swing states still too close to call. A tally of 270 is needed to win.

The dollar, the Mexican peso and crude oil all plunged as Trump gained ground. Both the S&P E-mini futures and Nasdaq futures slid about 5 percent, likely wiping trillions of dollars of value off global financial markets.

The slump in futures foreshadows a rocky start to U.S. trading when markets open on Wednesday that could linger for weeks.

“If Trump wins, we see the S&P falling to about 2,000 initially,” from Tuesday’s close of 2140, said David R. Kotok, Chairman and Chief Investment Officer, Cumberland Advisors in Florida.

“Equities and the economy are all about confidence, which would be fragile… the path for equities should be driven by Trump, (Republican) leadership, the Fed and data – and whether they engender confidence, or not.”

Traditional safe havens such as sovereign bonds, the Japanese yen and gold all rallied.

Emerging markets such as Mexico and companies related to them such as large U.S. stocks with global exposure are likely to bear the brunt of panic selling, investors forecast.

The Mexican peso is seen the bellwether for Trump’s chances of a victory as his policies are damaging to Mexico’s export-heavy economy. It plunged more than 13 percent against the dollar to a record low as early projections put the maverick candidate with no political experience ahead.

“We’re seeing that play out right now and I suspect if you see a Trump win we’d be seeing a continuation of something like that.”

Many investors drew comparisons with the Brexit vote, when the British pound tumbled more than 11 percent and the MSCI World index dropped almost 5 percent in a single day as the shock outcome caught markets unaware.