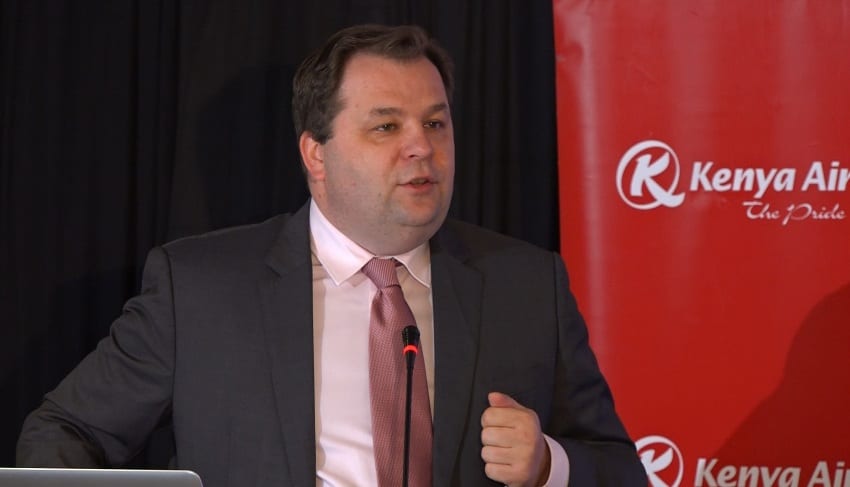 Kenya Airways is expecting a 10 percent boost to its revenues following the launch of direct flights to the United States starting October.

The airline is banking on the Nairobi to New York route to add at least Sh10 billion (based on the airline’s 2016 full year revenue of Sh106 billion) to its bottom line as passengers continue to show interest with continued bookings.

Speaking during an investor briefing on Wednesday, Kenya Airways chief executive officer Sebastian Mikosz said the airline is currently looking to improve its passenger offering leveraging on the US flights.

“We expect that our revenue will grow by 8 to 10 percent just by having this very big long haul flight. It will be a daily flight going into very important market. It’s a big operational and financial challenge,” Mr Mikosz said.

Kenya Airways is in the process of leasing back its Boeing 787 Dreamliners and Being 777 it had leased out as it restructured its business.

Mr Mikosz said the plans are also underway to improve the economy class offering by offering a premium service that would attract travelers.

This will see Kenya Airways offer a premium economy seating arrangement that most airlines have adopted with passengers paying between $50 and $ 100 dollars more.

“The first three rows in the beginning of the economy class will have a larger seat space. You have density the back and enlarge the front. This is a product that will have more revenue from passengers travelling to economy,” he said.

The national carrier continues to bank on improved operating efficiency to cut its losses.

Mr Mikosz said the airline continues to feel the pinch from rising fuel costs which he said could put pressure on profitability.

KQ Chairman Michael Joseph however told investors that the airline is now better positioned to cope with both domestic and global aviation challenges.

He however reiterated the need for increased government involvement in policy development to support the airline’s growth.

“Kenya Airways should be locked at than just a standalone business for profit or dividend, that’s what we would like to see. More emphasis on how government views Kenya Airways,” Mr Joseph said.