Kenya’s ‘budget for the rich’ pushes poor to the brink 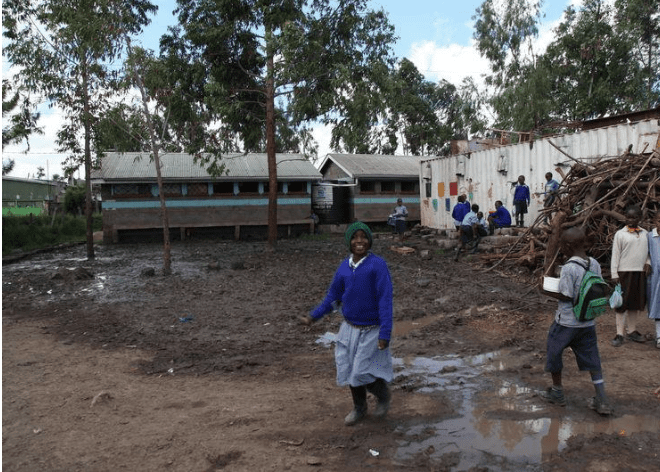 A few metres from Kenya’s Parliament where the Treasury CS read his budget, Deborah Mwandagina, deputy principal of a school in Mukuru Slum, is unimpressed.

Her dilapidated, overcrowded and under-resourced school has around 2,000 pupils.

The Treasury CS may have announced increased spending on education, but his other policies could make the impoverished families her students come from more vulnerable.

“It’s good for the school if more funds are given. We have over 100 students in each class and need to build classrooms.

“We need trained staff for our children with special needs and secured funding for lunchtime meals,” said Mwandagina.

“But if the prices of basic items goes up, it makes you worry. Already these children are from poor families, often they have single mothers or their parents are HIV positive, and the grandparent is looking after them.”

Newspaper headlines said the government was raiding “poor pockets” and called the budget “Kenya’s most painful”.

Kenyans took to social media complaining of public corruption and the failure to target Kenya’s most wealthy.

Kenya’s economy has grown on average by 5 percent annually over the last decade.

However, the benefits have not been equally distributed, and the gap between rich and poor is rising, Oxfam says.

The number of super-rich in Kenya is among the fastest growing in the world.

Oxfam predicts the number of Kenyan millionaires will grow by 80 percent over next decade.

Yet while a minority of Kenyans are accumulating wealth, the benefits of economic growth have not trickled down.

The residents work in nearby factories, or as drivers, housemaids, gardeners and security guards in the city’s suburbs.

Families live in tiny one-room shacks made of wood and corrugated iron, there is no piped water meaning residents must buy it from private tankers.

A lack of toilets means nearby streams and rivers are filled with sewage.

Poor-quality education and a lack of job opportunities have bred high rates of drug and alcohol abuse and crimes such as robbery, rape and domestic violence are common.

“If we want to grow Kenya and we want all our people to prosper, it’s not going to happen through investments in big infrastructure projects like railways and highways, it’s about investing in the people,” said Nelmo Munyiri, a musician and social activist who lives in Mukuru.

“We need to make sure that our kids get a quality education, that basic foods are affordable for all, and that the poor get proper medical attention when they go to the hospital. We want a more equal country.”

“BUDGET FOR THE RICH”

According to Kenya Fight Inequality Alliance, just 8,300 individuals in Kenya own the same wealth as the rest of the country’s 44 million people.

The Kenyan Government has been criticised in recent years, including by the International Monetary Fund, for ramping up borrowing for infrastructure investments, including a new railway completed last year.