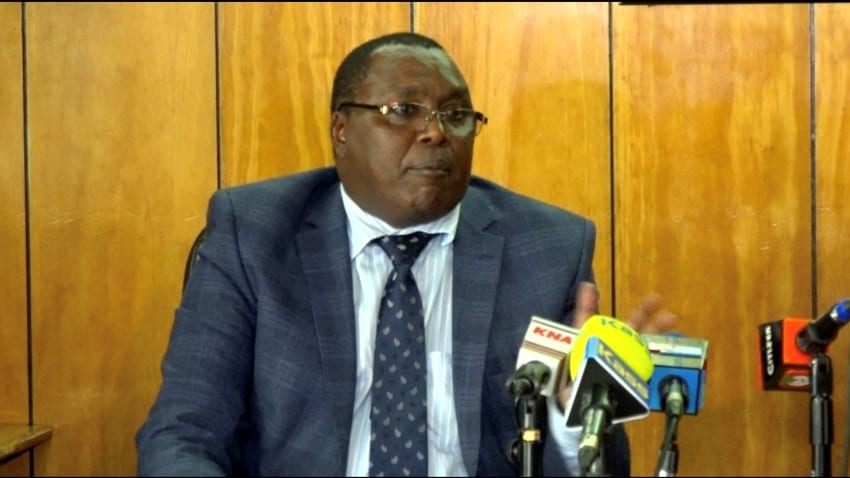 Farmers awaiting reimbursement for supplying maize to the National Cereals and Produce Board (NCPB) depots have been dealt a blow with the board revealing that they would have to wait even further to receive their hard earned cash.

This comes in wake of the revelation by farmers in Uasin Gishu, earlier in the week who claimed to have signed forms stating that payment for their produce will only be availed as from 2019.

NCPB today affirmed the existence of the form but defended the move saying the measure to give the form was taken out of the necessity of protecting local maize farmers.

Speaking during a media briefing on Wednesday, NCPB Managing Director Newton Terer said the form will ensure ‘legitimate’ farmers receive pay for their produce once the fresh registration of farmers is complete.

“The form was designed in good faith because we wanted to ensure that it only genuine farmers who bring their produce to NCPB. That declaration was useful as farmers who were not ‘real’ would have been reluctant to sign the form,” Mr Terer said.

With the Ministry of Agriculture indicating that the registration process for farmers would take a maximum of 90 days, NCPB failed to account for the lengthy payment period proposed in the forms issued to farmers.

Mr Terer was however insisted that payment would eventually take place saying the government was committed to the process going as far as buying maize from farmers in excess of the scheduled budget.

“The government had planned to buy 2 million bags at a price sh6.4 billion. The government has already paid over Sh7billion to farmers which is in excess of the budget. The outstanding debt stands at Sh4.3 billion and there is an undertaking to settle the payment once Treasury avails funds for the cause,” he said.