New study reveals where trade grew despite the pandemic 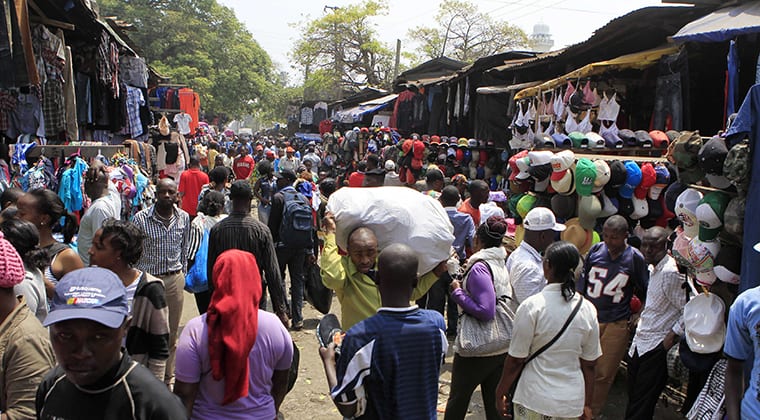 A global study of private sector perspectives, commissioned by DP World and conducted by The Economist Intelligence Unit, shows international trade flows have not declined as dramatically as expected, with 38% of Middle East companies managing to expand international sales, and 32% in Africa.

The study revealed that supply chain reconfiguration has been a priority for many businesses as they work to overcome the adverse impacts of the pandemic. Globally, 83% of companies are reconfiguring their supply chains.

From a regional perspective, the Middle East had the highest share of respondents (96%) whose companies were in the process of reconfiguring their supply chains.

In addition, 84% of African businesses answered that they were already in the process of doing so, slightly more than the global average of 83%.

The study also examined the impact of the pandemic with the highest share of respondents in the Middle East (48%), indicating that a demand shock (defined as the difficulty in selling products to customers in international markets) had the greatest negative impact on their firms’ international sales.

Meanwhile in Africa, the highest share of respondents (48%) indicated that a logistics shock (defined as the difficulty in arranging for transport or logistics services) had the greatest negative impact.

Capturing the perspectives of business leaders across six regions (North America, South America, Europe, Middle East, Africa, and Asia Pacific), the research shows that on average, companies allocated 32% of revenue from the first half of 2020 to help them switch suppliers or logistics providers and change production or purchasing locations.

Companies in the Middle East expect to restructure their supply chains within 7.4 months compared with 8.6 months in Africa and 8.5 months globally.

Additionally, Middle Eastern companies are reallocating roughly 30% of their H1 2020 revenues to reconfigure their supply chains, which is in line with the global average (32%).

However, respondents in Africa are reallocating less—on average, about 24% of their H12020 revenues.

The data also revealed the particular sectors that helped to support international trade during the pandemic. Supported by data from the ITC, South African exports of pulp (the raw material for toilet paper) increased 163%.

In Europe, during the first half of 2020, exports of cereals (particularly to the Middle East) and pharmaceutical products from the continent increased by 23% and 12% respectively.

For respondents in Africa, diversifying their supplier base was among the top two factors expected to determine international trade transactions up to 2025. African companies may find opportunities for supplier diversification within the region since the new trade agreement – the African Continental Free Trade Agreement (AfCFTA) – came into force earlier this year.

To optimise trade operations during the pandemic and beyond, African companies relied on a mix of advanced technologies: Internet of Things (48% of respondents), cloud computing (26%), data analytics (20%).

Furthermore, in the Middle East, 56% believe big data and analytics will have a significant positive impact on their ability to trade across borders in the next 3-5 years.

An additional 43% believe IOT will have a similar impact and 32% report that both blockchain and cloud will have an impact.

One in six respondents (16%) in the global survey said enhancing their firm’s responsiveness to changes through real-time/predictive data analytics would be the most important factor determining how their company will be conducting international trade transactions in the future.

For African companies, enhancing their firms’ responsiveness to changes through real-time/predictive data analysis was the top factor that will determine their approach to international trade transactions up to 2025.

Sultan Ahmed Bin Sulayem, CEO and Chairman of DP World, said: “International trade has shown remarkable resilience during the pandemic and will play a critical role in facilitating the global recovery.

The business community is more optimistic for the future than many expected, and the supply chain challenges exposed by the pandemic have acted as a positive agent for change. We expect the result will be global flows of trade that are more efficient and more robust.”

He added: “To stay ahead, Middle Eastern and African companies will continue investing in digital solutions and work towards a more efficient, diversified and secure supply chain environment. Building buffers in their supply chain, deepening relations with existing suppliers and collaborating more closely with domestic suppliers may be important elements of companies’ strategy.”

DP World is a global logistics company that moves nearly one in ten of the world’s containers through its network of ports and marine terminals, spanning operations on six continents.