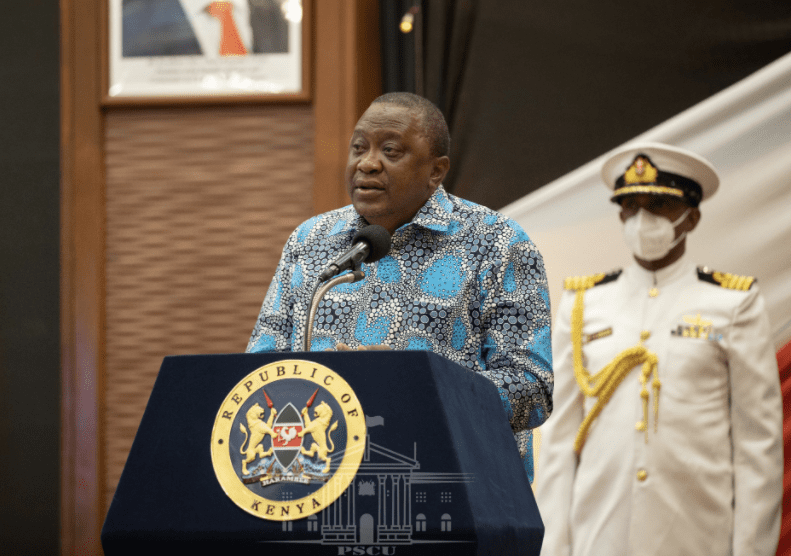 President Uhuru Kenyatta has ordered the release of maize imports stuck at the Tanzania border within the next two weeks.

This as a first move to ending hostile trade relations between Kenya and Tanzania with the order coming on the backdrop of Tanzania’s President Samia Suluhu’s two-day State visit in the country which ends later on Wednesday.

Additionally, President Kenyatta asked Health ministers in the two countries to harmonize COVID-19 testing and certification to end the congestion of truckers on the border crossing.

Kenya banned maize imports from Uganda and Tanzania in early March citing high levels of aflatoxin in samples tested from the pair of markets.

Despite lifting the ban, trucks transporting maize across the border have remained stranded for days on the Tanzanian side of its border with Kenya adding to the congestion witnessed from the COVID-19 certification clearance.

Congestion along the border has moreover remained the norm since the outbreak of COVID-19 in March last year with the two countries differing on the management of the pandemic.

The situation is nevertheless tipped to shift for the better with Tanzania’s new regime under President Samia Suluhu moving to end frosty relations with its East African Community (EAC) partners.