Puzzle of more money in economy amidst empty pockets 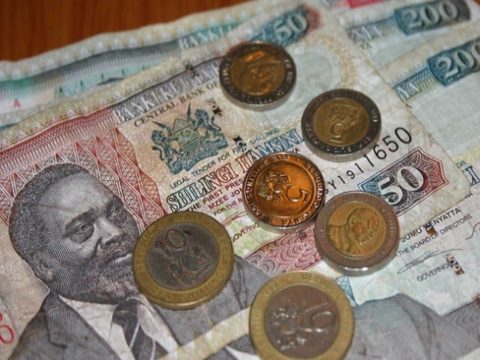 Out of the 15 months covering the stay of the pandemic between April 2020 and June this year, money circulating in the economy only dipped four times.

The dips were nevertheless negligible with the largest trim in broad money in supply (M3) coming in August at 1.5 per cent according to an analysis of Central Bank of Kenya (CBK) data by Citizen Digital.

Coins and notes in circulation alongside demand deposits held by non-government and non-bank demand deposits (M1) rose by 7.9 per cent between March and December last year and 3.2 per cent in the first six months of 2021 to Ksh.1.775 trillion.

This as the cash equivalents which represent holdings of assets such money market funds rose from Ksh.1.424 trillion to Ksh.1.598 trillion across the 15 months.

Foreign currency holdings by residents rose sharply by 15.3 per cent to Ksh.740.7 billion in December as Kenyans converted their wealth in cash to foreign currency to cover themselves against local currency fluctuations.

The trend has however eased this year with the foreign cash holdings only rising by a marginal 2.7 per cent to Ksh.760.3 billion.

While more money in supply dictates lower interest rates, more investments and more money in the hands of consumers to stimulate spending, the hypothesis has not held water in the year of a pandemic.

Additionally, businesses were hypothetically expected to order for more raw materials and raise employment rates with more funding in hand.

As many Kenyans highlight cash/funding constraints, data from the 2021 Economic Survey partly uncovers the conundrum.

According to the survey, more funds have gone to the government in the form of domestic borrowing than has been flows to the private sector.

Domestic credit to the national government for instance rose by 50.9 per cent to Ksh.1.3584 trillion while private sector credit edged upwards by a mere 8.4 per cent to Ksh.2.89 trillion.

Broken down to actual figures, government net domestic borrowing in the year stood at Ksh.458 billion while only Ksh.224 billion flowed to the private sector in the form of new credit lines.

This means that the government got twice as much funding as the private sector in the period from domestic credit markets.

Put simply, for every Ksh.100 expected to a small and medium enterprise (SME), Ksh.100 more was channeled to government borrowing represented by Treasury bills and Treasury bonds.

The outcome of domestic credit flows in recent months points to the crowding out of the private sector by the government which has retained high appetite for locally borrowed funds to plug the financing of its budget.

For instance, despite the lifting of interest rate caps in November of 2019, private sector credit growth has struggled to hit double digits as banks channel more funds to the State.

The crowding out effect has been exacerbated by the pandemic which has forced many credit providers to de-risk by raising holdings in the safe-haven government securities.

Private sector credit growth last stood in double digits in June of 2016 at 10.1 per cent.