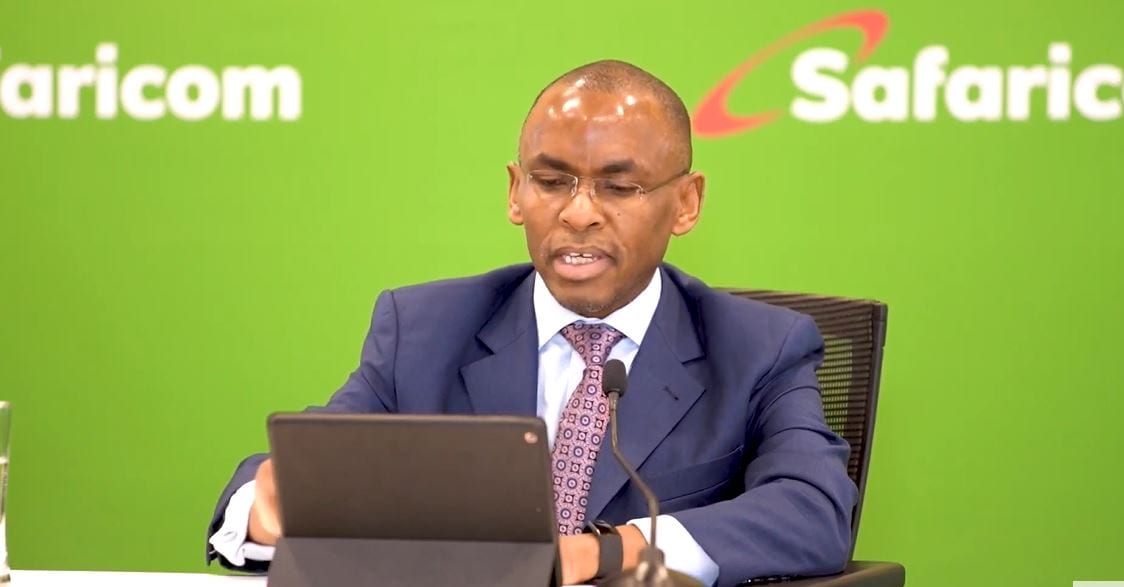 The new record profit by the telco operator is largely attributable to growth from M-Pesa and data with the respective streams rising by 12.6 percent and 12.1 percent to stand at Ksh.84.4 billion and Ksh.40.7 billion respectively.

The growth in M-Pesa revenues is in spite of the income head taking a hit of Ksh.1.9 billion from the withdrawal of revenues from betting in late 2019.

The two revenue heads drove service revenue to a high of Ksh.251.2 billion from Ksh.240 billion in the last reporting period supported in kind by fixed service revenue which grew by 10.7 percent to Ksh.8.97 billion.

Former Safaricom Chief Executive Officer Michael Joseph has attributed the performance to the company’s recapture of its customers’ needs which saw the firm in part simplify its voice and data offers in October.

“My primary aim on my second stint was to regain the trust of our customers and timely deliver the needs. The results presented mirror this,” he said.

Voice and message revenues continued to fall to reflect on continued pressure on the two traditional streams from new communication streams with earnings from the two declining by 1.4 percent and 12.3 percent to Ksh.94.5 billion and Ksh.17.2 billion.

Safaricom however continued to find efficiency in costs as total operating costs fell for the first time by 4.9 percent to Ksh.47.6 billion.

“We have become more agile and have for the first time reduced our operational costs year on year. Our capital expenditure is reflective on this efficiency and greater monetization.” noted Safaricom Chief Finance Officer Sateesh Kamath.

Earnings before interest and tax (EBIT) rose beyond the Ksh.100 billion mark to stand at Ksh.101.5 billion from Ksh.89 billion last year.

The firm has suspended giving a guidance on its next earnings owing to ongoing uncertainities brought about by the Covid-19 pandemic.

Safaricom however says it will focus on growing more uses for its mobile money services along with deepening its penetration of data as internet usage registers a spike from mass usage during the pandemic.

“Covid-19 has brought technology at the forefront. This present an opportunity for us to leverage on the shift,” said Safaricom’s new CEO Peter Ndegwa.

Safaricom’s board has recommended a Ksh.1.40 dividend pay out to shareholders up from Ksh.1.25 last year from an earnings per share (EPS) of Ksh.1.84.