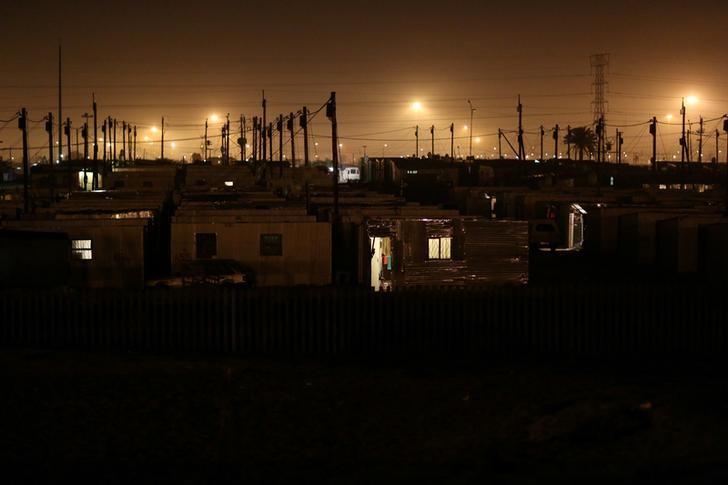 South Africa faces more power cuts, electricity utility Eskom warned on Monday as it sought to prevent the collapse of its power grid in a test for President Cyril Ramaphosa’s reforms.

Eskom implemented a fifth day of controlled power cuts on Monday, putting more strain on an economy already mired in recession only months before a national election.

“The entire week could be severely constrained if we are unable to replenish the diesel and water reserves, and reduce the high unplanned outages,” Eskom spokesman Khulu Phasiwe said.

Eskom, which is battling a severe financial crisis, coal shortages and breakdowns of its power plants, said it would cut up to 2,000 megawatts of power from the grid on Monday.

The utility, which last week called for a bailout or debt relief, began the controlled cuts, known as load-shedding, on Thursday as demand for power outstripped available capacity.

“Eskom teams are working hard to salvage the situation but the process is going to be hard, long and costly,” Phasiwe said.

Ramaphosa has made reforming Eskom a priority, but he has been hampered by fiscal constraints in a blow to his plan to woo investors who can help grow the economy ahead of an election likely to be held in May next year. nL8N1X61GL]

“Eskom as an institution and its ability to provide stable power supply is the single biggest risk to @CyrilRamaphosa’s investment drive and the South Africa fiscus,” Isaah Mhlanga, executive chief economist at Alexander Forbes Investments said on Twitter.

BNP Paribas South Africa senior economist Jeff Schultz said prolonged power cuts would likely hurt economic growth in the first quarter of 2019, although a slowdown in manufacturing over the Christmas period will buy Eskom some time.

“But come mid-January, if we are still facing load-shedding, that is when it is going to be a much more pressing issue for the economy,” Schultz said.