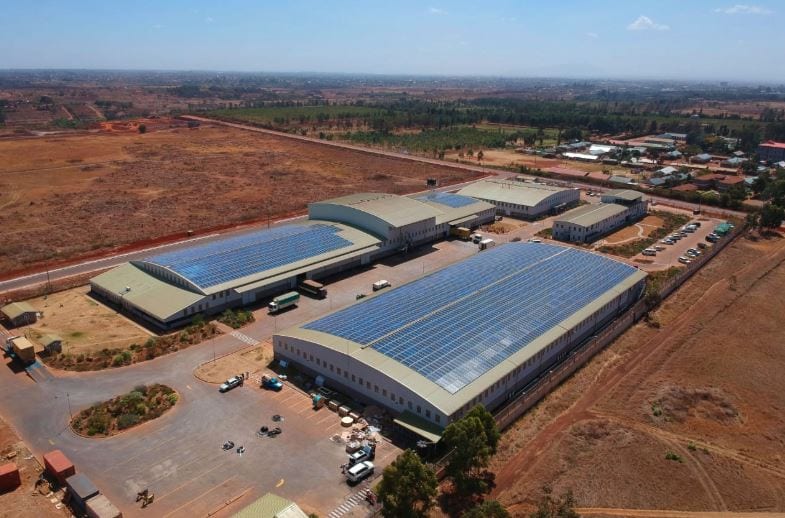 The panels by Equator Energy are part of the mixed use development ambitious 30MW solar power generation.

According to Nick Langford, Head of Utilities for Rendeavour, Tatu City plans to install solar panels in all the rooftops of its industrial park.

“The power generated by these panels will be distributed for use by both homes and industries here at Tatu,” he said.

Equator Energy CEO Sebastian Neothlics noted that the solar panels will greatly reduce the cost of energy for business and residents of Tatu once complete.

“We look out to rolling out more panels here at Tatu City,” said Mr. Neothlics.

The addition of solar power generation to the development is expected to heighten activities.

This coming only days after Kiambu County was ordered by a court to expedite building approvals that have been pending for more than a year.

Documents filled at the Environment and Land Court in Thika indicates that at least 23 building approvals have been pending at the county government; these included residential, industrial and infrastructure projects.

The court is expected to review the implementation of the order on May 3, 2019.