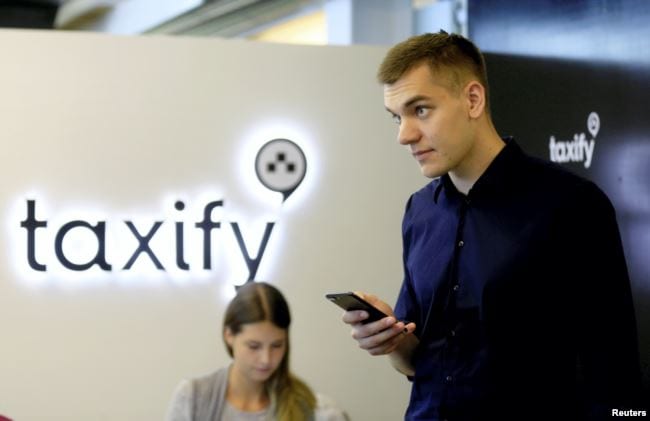 Taxify, a European-based rival to Uber and the leading app-based taxi-hailing platform in Africa, expects to grow its African business ten-fold over the next two years while it works to dethrone Uber in Europe, its chief executive told Reuters.

Markus Villig said his firm, which has 15 million customers and half a million drivers on its platform in more than 25 countries, was on track for its drivers to rake a combined 1 billion euros ($1.1 billion) from rides this year.

The Estonian firm is looking to add more services and more countries in 2019, he said during this week’s Web Summit conference in Lisbon, without disclosing details. Taxify opened in Lisbon earlier this year.

“We see massive potential in Africa to grow at least ten times in the next two years,” Villig said. “We grew our number of rides ten times in 2017 and will be one of the fastest growing companies in the industry this year as well.”

In May, Taxify secured $175 million in funding from a group led by German automaker Daimler to help its battle against Uber.

As for Europe, where Taxify has sought to capitalize on mounting driver resistance to Uber over pay and other issues to get into new markets, including some abandoned by Uber such as Slovakia and Hungary, Villig is aiming to overtake Uber in both the number of users and rides.

“When you look at other regions in the world you have a local champion win in that place. We want to be that leader in Europe, that’s our focus,” he said.

San Francisco-based Uber is active in more than 80 countries and is the market leader in Europe. It takes around a 25-percent cut of fares from drivers using its app.

The company has been working with European regulators to try to amend strict public transport laws and rules, saying consumers benefit from the flexibility and competition brought by taxi-hailing platforms.

To increase flexibility, Taxify is working on different solutions for different types of trips, such as using smaller vehicles for city centers.

An attempt to enter the highly competitive London market ground to a halt last year when transport regulators there denied it a license to operate. But Villig said the application was “in progress, and we’re working with Transport for London to show that we’re best-in-breed”.