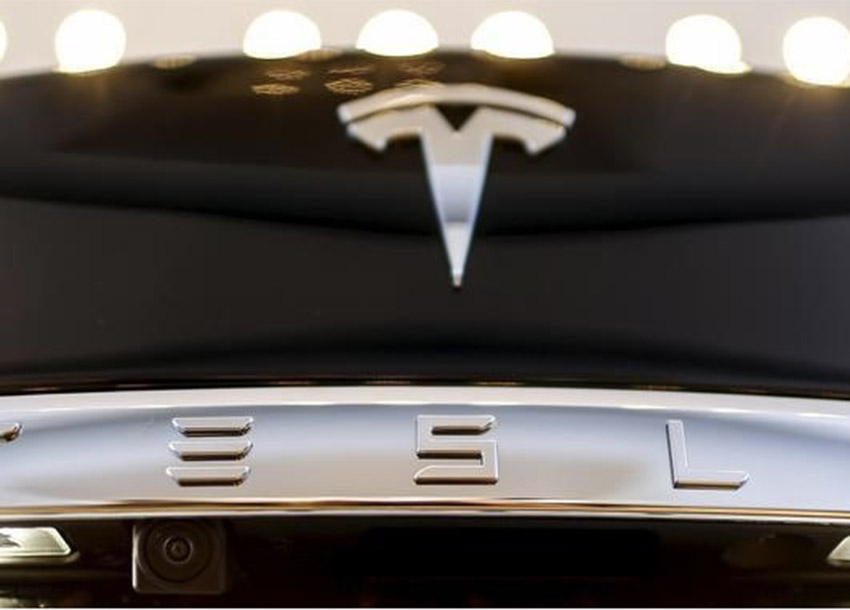 Tesla shares rose more than 10 percent in after-hours trading after the company forecast a 60 to 80 percent increase in vehicle sales this year and promised it would turn a profit on an adjusted basis. It will start generating positive cash flow in March.

Tesla shares are still down more than 30 percent since the beginning of the year, reflecting investor concerns about continued losses.

Musk said Tesla would make its first net profit by the fourth quarter. It plans to invest $1.5 billion to add capacity, start production at a huge battery factory in Nevada and open more showrooms.

Tesla’s cash reserves dropped to $1.2 billion as of Dec. 31 from $1.9 billion a year earlier, despite a sale of shares last summer. The company’s cash burn has become a concern for some analysts, given the heavy capital spending it has mapped out. The slower-than-planned launch of the company’s Model X sport utility vehicle during the last quarter added $67 million in unplanned costs, Tesla said.

“I feel very good about things right now,” Musk said. “The last several months have been quite excruciating.”

Tesla straddles the digital technology and automotive industries, which have been hard hit this year by investors worried that growth is slowing in both sectors. General Motors Co earlier this month reported record profit, but its shares have fallen 18 percent this year.

Tesla shares rose despite a wider fourth-quarter net loss of $2.44 a share, compared with a loss of 86 cents a share a year earlier. Tesla reported an adjusted loss of 87 cents per share in the fourth quarter, while analysts expected a profit of 10 cents a share, according to Thomson Reuters I/B/E/S.

Deliveries of Model S sedans and Model X SUVs were 17,478 vehicles in the quarter, at the low end of prior forecasts. Revenue rose nearly 27 percent to a $1.21 billion.

Tesla said it planned to deliver 80,000-90,000 Model S and Model X vehicles in 2016, ahead of Wall Street’s average expectation for about 79,000 vehicles, according to research firm FactSet StreetAccount.

Tesla said its long-promised moderately priced car, the Model 3, would be unveiled on March 31. That car will have a starting price of about $35,000 before government incentives and subsidies and will launch in 2017, Tesla has said.

By that time, GM has said it will already be selling its Chevrolet Bolt, at a similar price with a range of 200 miles (322 km) between charges. Musk brushed off a comparison with the Bolt. “It doesn’t seem like we are going to be demand-constrained,” he said.