Tuskys banks on supplier support as it kicks off relaunch drive 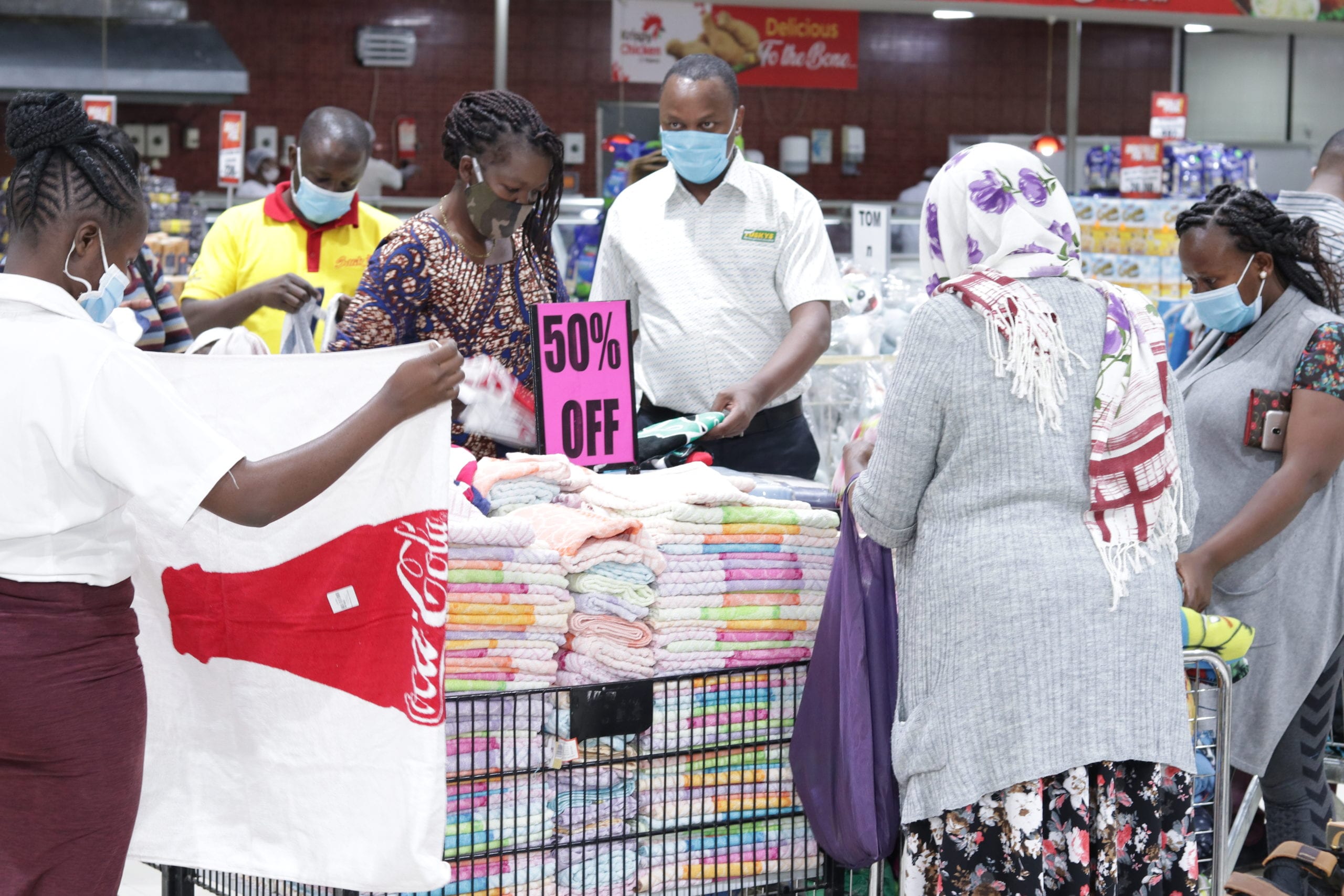 The programme which will celebrate the support of its loyal customers was launched on Friday at the Tuskys Greenspan Supermarket with the backing of leading suppliers who are supporting the firm’s business recovery plans.

Company CEO Dan Githua described the reward programme as a rebirth of Tuskys confirmed saying the retailer is on a recovery path with select branches now optimally stocked.

The restocking, he said, had been undertaken in conjunction with leading suppliers who have committed supporting the retailer on a win-win basis to the tune of Ksh.1.2 billion.

As part of the commitment, Mr. Githua said the retailer had already received assorted stocks, customer discount vouchers and giveaway merchandise valued at more than Ksh.200million.

“Several other branch relaunch events will follow the relaunch of Tuskys Greenspan across the country as we begin to regain our footing,” said Mr. Githua.

“The coronavirus pandemic had occasioned business deceleration which had in turn impacted negatively on our financial position which we are now progressively restoring with the support of various stakeholders.”

He further stated that suppliers supporting Tuskys business recovery have been enrolled in a new business operating platform that guarantees prompt payments for stocks supplied.

“Sales registered via the new suppliers’ portal enjoy end to end protection, and the funds can only be used to settle supplier dues on a priority basis,” read a statement to newsrooms.

Speaking at the launch of the programme, Association of Kenya Suppliers (AKS) CEO Ishmael Bett said members of the association had committed to supporting Tuskys recovery to foster growth in the sector.

“The Association of Kenya Suppliers members are offering support to Tuskys to address issues that can jeopardise relations between suppliers and retailers. We hope that more suppliers will join the Tuskys Suppliers portal,” he said.

On her part, Retail Trade Association of Kenya (RETRAK) CEO Wambui Mbarire stressed the need to review the operating frameworks within the retail sector to facilitate mutual growth.

The local retail sector, she said, is still on a growth trajectory with opportunity for renewed growth.

“Suppliers and retailers need to come together to formulate a workable platform that does not appear to exploit either party. The rebirth of Tuskys is a good starting point to allow us to relook and solve retail challenges,” said Wambui.