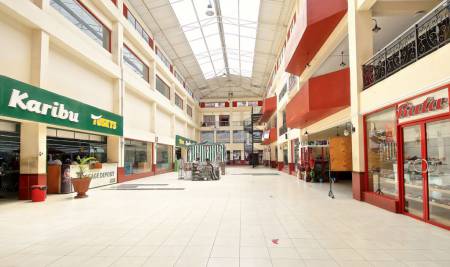 Troubled retailer Tuskys now risks getting expelled from its store at the Greenspan Mall in Donholm for defaulting on rent.

According to a statement issued by ICEA Lion who represent the managers of Kenya’s first real estate investment trust the Fahari iREIT, the retailer is struggling to meet its tenant obligations three years before the end of its lease at the shopping mall.

“Tuskys started showing signs of distress as a tenant earlier in the year with regards to the tenant’s obligations. As the REIT Manager, we have been in discussions with them to reach an amicable payment plan and warrant their continued operations at the mall,” noted ICEA.

“The payment plan has been dishonoured by the tenant. In this regard, in order to cushion the investors, the manager has instituted a process to recover the arrears as per the debt management policy and legal provisions.”

The REIT manager says it has explored all available options to recover the overdue arrears from the supermarket in addition to advanced cushioning which saw it grant rebates to the tenant.

Earlier this week, Saanex Auctioneers placed an auction notice of auction that if implemented would see the mall’s landlord auction Tuskys stocks on September 22.

Tuskys continues to face a barrage of threats from its landlords and other creditors who are pushing for the clearance of debt owed.

On Friday last week for instance, Hotpoint Limited filed a court petition to wind up the company-Tusker Mattresses Limited (TML) while auctioneers raided its store at the Juja City Mall.

While addressing the public fall out from the creditor claims on Saturday, Tuskys CEO Daniel Githua indicated the retailer was betting on its recent transaction that would inject new capital to stabilize its operations.

“Following the announcement on business capitalization on August 25, we have continued with the process of consummating the transaction that will provide Ksh.2 billion for working capital with the aim of stabilizing business operations,” he said.

Tuskys which holds a 12 year lease at Greenspan occupies 48 per cent of the malls’ gross leased area estimated at 74,629 square feet.

The rent faced by the retailer is expected to take a hit at the REIT revenues which have taken a hit form the COVID-19 pandemic.

In its semi-annual report to June 30, the trust indicated its debt portfolio had grown to Ksh.64.8 million as it further made provisions of Ksh.5.7 million for doubtful debts.

The REIT revenues through the first half of 2020 declined by 7.8 per cent to Ksh.166.9 million but booked an increased Ksh.86 million net profit after a higher increase in the fair value of investment properties.

Malls occupancy by anchor tenants who largely represents supermarkets has continued to shrink following the collapse and exit of major chains including Nakumatt, Choppies and most recently Shoprite.