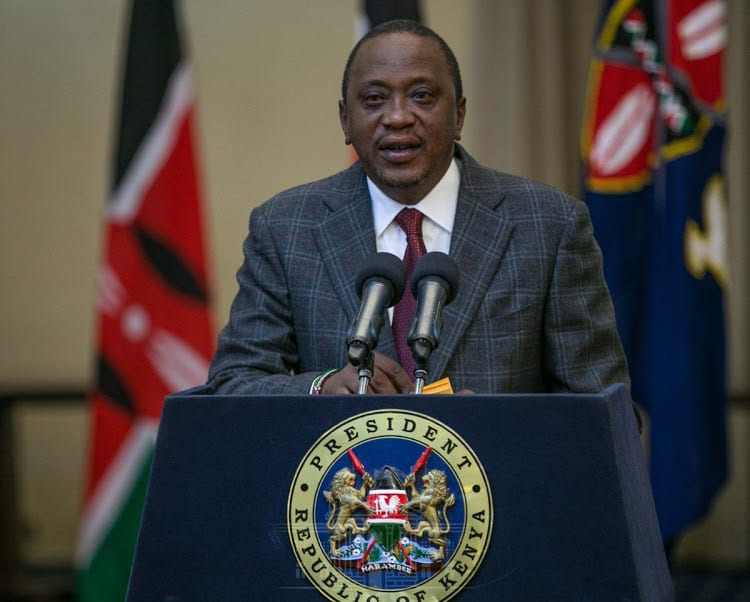 President Uhuru Kenyatta has declined to sign the Finance Bill, 2019 following the move by Members of Parliament to retain interest rate caps.

In a memorandum read out to MPs on Thursday, the President expressed his reservations with the interest rate caps introduced in September 2016, saying they have caused “unintended effects that are significant and damaging to our economy.”

“It is apparent that the capping of interest rates has caused unintended effects that are significant and damaging to our economy and in particular, the Micro Small and Medium Enterprises (MSMEs) which are the hardest hit,” read part of the memo to MPs.

In the memo, which appears to side with commercial banks, Kenyatta further highlighted that the rate caps have lowered private sector credit and severed monetary policy transmission by the Central Bank of Kenya (CBK).

“Most commercial banks adjusted their lending business models towards large corporates and the public sector and
away from small-scale borrowers and individuals. As a result, credit to segments such as MSMEs, that are
perceived as risky, declined after imposition of the controls,” said the Head of State.

The President further pointed out that capping of interest rates had led to mushrooming of shylocks and other unregulated lenders in the financial sector.

“Shylocks and other unregulated lenders have taken advantage of the effects of capping to lend to desperate citizens at exorbitant rates in a predatory manner compounding the already existing problem of lack of access to affordable credit facilities due to prohibitive costs,” he added.

The President now wants MPs to amend the Bill by deleting section 33B of the Banking Act which capped the interest rates chargeable by banks at a rate not more than 4% of the Central Bank Rate (CBR).

Kenyatta’s recommendation is likely to trigger contention in the National Assembly as MPs are strongly opposed to the removal of the rate caps.

At the heart of lawmakers objections has been the perceived fear on the return to expensive lending upon the freeing up of interest rates levied on commercial borrowers.

“If this cap is removed as has been proposed, are we looking at interest rates of 25 to 30 percent? Is the denial of credit to small and medium enterprises (SMES) by Kenyan Bankers a deliberate attempt to starve the SMEs in a means to remove the capping?” Finance and Planning Committee member and Imenti North MP Abdul Dawood posed to bankers in an August grilling.

The president will be required to marshal support of a two-thirds majority to have the bill amended with his recommendation.

Credit flow to local businesses has featured as the largest set back to the capping law, with private sector credit growth dipping to the low single digits since enactment from a previous average of 14 percent.

According to a recent study by the Central Bank of Kenya (CBK), the rationing out of MSMEs from the credit market by commercial banks is estimated to have lowered the country’s economic growth by 0.4 percent and 0.2 percent in 2017 and 2018 respectively.

CBK Governor Patrick Njoroge had for long critiqued the implementation of the lending caps, drawing the analogy of driving a vehicle with an engaged handbrake.

The lifting of rate caps has remained a subject of intrigue and conspiracy having featured previously in the Finance Bill, 2018 deliberations only for the bankers push to be shot down by the legislature.

While the interest rate caps have ultimately represented doom and gloom on growth prospects, the ceiling has surprisingly drawn some discipline in the financial services sector with lenders seemingly eating humble pie.

In years since the September 2016 enactment of the caps, banks have under the guidance of their regulator resolved to move away from their hidden operational models.

Commercial banks have resolved to open up pricing to loans through the creation of the cost of credit website which intricately covers all cost related to consumer borrowing.

Further, the rate cap has been the forcing hand in the banking sector’s adoption of the 2018 CBK Banking Sector Charter which mirrors the consumer protection guidelines enshrined in the Consumer Protection Act of 2012.

Fresh deliberations to the consideration of the President memorandum are expected to take center stage on October 29 when MPs return from recess.