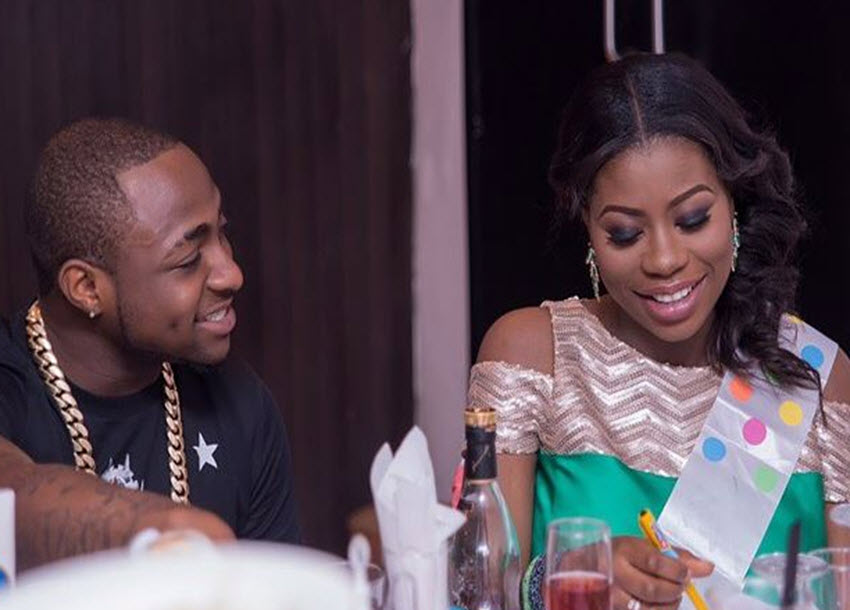 After a public spat where he accused her of smoking bhang and endangering their child’s health, Davido has now reportedly made peace with the mother of his 8-month-old daughter.

According to The Daily Sun, the Aye hit-maker has buried the hatchet with his baby mama, Sophia Momodu, putting an end to the media war that has seen both parties trade accusations over poor parenting.

The duo reportedly agreed on the truce following the intervention of their parents and lawyers in a meeting convened at National Agency for the Prohibition of Trafficking in Person (NAPTIP) offices.

Davido’s tycoon father, Deji Adeleke, Mr. and Mrs. Dele Momodu, and their legal counsels agreed to resolve the custody battle amicably, with each side promising to refrain from heated media exchanges.

The NAPTIP officials present during the negotiations reportedly advised Davido’s family to give the young mother access to baby Imade.

The former flames got into a bitter custody war after the 23-year-old music star attempted to take his daughter, Imade Adeleke, to Dubai on December 30 without Momodu’s consent.

Davido was denied clearance by the airport authorities who stated that the child’s mother had not given formal consent for the baby to be taken out of the country as required by law.

Offering an explanation for the trip, Davido said that he was rushing his daughter to Dubai for medical treatment after Momodu ‘poisoned’ their child through her breast milk that was contaminated with cannabis.

The music star claimed that Mamodu smoked bhang, and he event went as far as publishing lab results online.

The 27-year-old refuted allegations by Davido that she smokes bhang, adding that the allegation cannot be used as a reason to take baby Imade away from her.