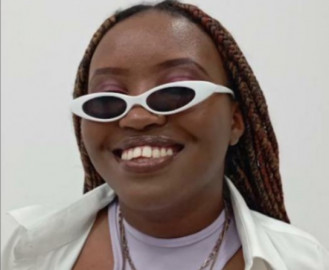 A young female artist from Nairobi has emerged the winner of the competition by Kenya Breweries Limited dubbed ‘KBL Still Got Skillz?’ to design a new logo as the company looks to mark its 100th birthday this year.

The winner, Ann Catherine Njuhi, will take home Ksh.1 million, the top prize for the competition.

The 23-year-old Buruburu Institute of Fine Arts student has an interest in sculpture and product design and will go on a three-month internship at Scanad where she will get to work with some of Kenya’s most experienced designers.

"I'm very excited for this opportunity. Words cannot explain how I feel. It's been challenging but definitely worth it," said Ms. Njuhi.

The logo design submitted by the winner features an icon in the shape of a barley leaf bearing nine grains and the letters KBL in orange in lowercase and 1922; the year KBL was established.

“The logo is designed to represent Kenya Breweries Limited as a company. It represents the culture of its consumers,” noted Ms. Njuhi in her final submission.

"I chose a rounded font family to give the logo a warm feel and the color orange because it commands attention and is considered more pleasant and striking, which can relate to KBL’s customers."

Ms. Njuhi will now get to refine her design into a logo under the tutelage of creative and art design experts in the craft at Scanad, the advertising energy that has overseen the development of some of Kenya’s well-known brands over more than two decades.

The second-placed logo was submitted by 25-year-old Bragin Maina and in third place was 24-year-old Austin Kamande.

They will take home Ksh.500,000 and Ksh.250,000 respectively as first and second-runners up in the competition.

The top 20 contestants in the competition that started on November 26, 2021 went through a virtual hackathon on December 23 where they received guidance and feedback from a team of experienced designers.

East African Breweries Plc Group Corporate Relations Director Eric Kiniti described the competition as a success and a good pacesetter for the company as it looks to celebrate a century of existence.

“The competition and the subsequent logo unveil are part of the kick-off activities to the EABL’s centenary birthday this year and we look forward to celebrating with Kenyans, who have been at the core of our success since the company was established in 1922,” said Mr. Kiniti.

“We had to hold the hackathon virtually because of the uncertainties around Covid-19 late 2021 but even online, you could see and hear that the contestants were enthusiastic and passionate young men and women with plenty of drive and commitment to their craft.”

Rakesh Jha, Creative Director at Scanad/JWT and the lead judge in the competition, was pleased with the quality of the submissions.

"It's such a refreshing experience to interact with young minds in Kenya...over the years the talent pool keeps getting better and better. What astonishes us as judges the most is the conviction and clarity with which these designers have approached the brief, which is a great sign for Kenyan design industry," said Mr Rakesh.

A similar competition in 2019 resulted in the development of the current logo of East African Breweries Plc (EABL), with the winner, Elvis Otieno, going into a career in graphic design at Scanad.