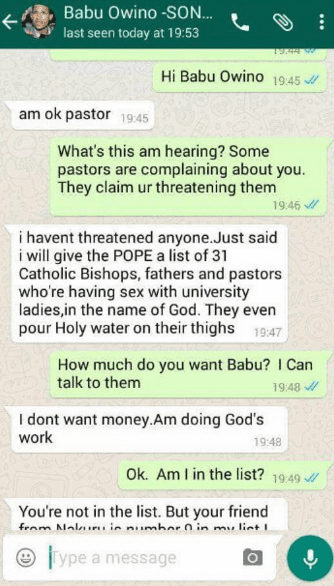 Pope Francis is coming to Kenya on the 25th of November, and Students Organisation of Nairobi University (SONU) Chairman Babu Owino has got a bombshell revelation for him.

According to screenshot doing rounds on social media, Babu Owino plans to present a list of “badly behaved” priests to the Pontiff.

A screenshot of a WhatsApp conversation, allegedly between the SONU Chair and a pastor, details a conversation where Owino states that he will hand over a list of “31 Catholic bishops, fathers, and pastors who are having sex with University ladies, in the name of God”.

The man of the cloth chatting with Owino claims that religious leaders are unhappy with the student politician for his threat, and he offers to give him hush money. When asked to name his price, the Owino says that “he does not want money, but he is doing God’s work”.

The screenshot, however, was not posted from Babu’s social media accouts. His last tweet was 15 hours ago.

Many social media users have, however, doubted the credibility of the conversation. They say the screenshot, which shows Babu Owino as the recipient, seems suspect. Others have asked whether the SONU chair released the image because the “pastor” would probably not share an incriminating screenshot for fear of the information going public.

These questions have led to accusations that the outspoken student leader is using the WhatsApp screenshot as a cheap public stunt ahead of the Pope’s historic visit.

It seems that 31 is the lucky number that Owino uses when world leaders are coming to town. In July, Owino sent a letter to the US Ambassador warning that should President Barack Obama not visit the University of Nairobi, at least 31 female students would urinate on the tree which he (Obama) planted at the university in 2006. 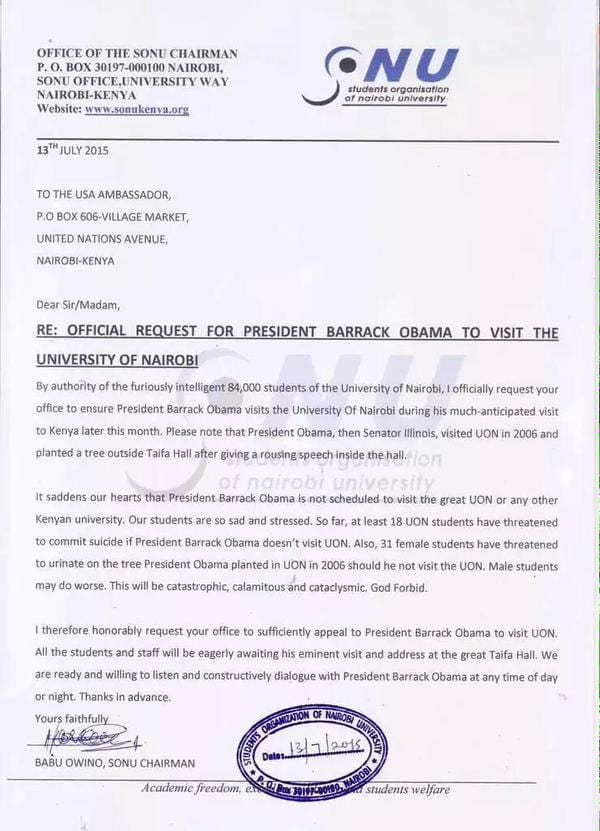 The letter further said that at least 8 students had threatened to commit suicide. Owino, however, withdrew his letter after he was invited to dine with President Obama at State House. 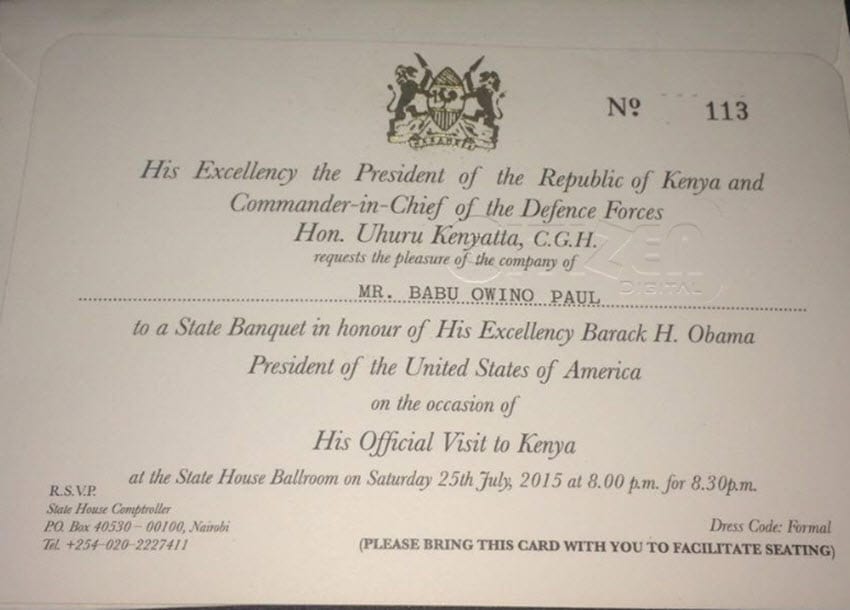 In October, the controversial student leader threatened to hold peaceful demonstrations along Lang’ata road to protest the “mistreatment by bouncers at Club 1824”.

The students claimed that one of their colleagues was beaten up by bouncers at the popular club after a minor altercation. The student was allegedly fighting for his life at St Mary’s Hospital in Lang’ata.