Barely a year after they got married, is DNG calling it quits? 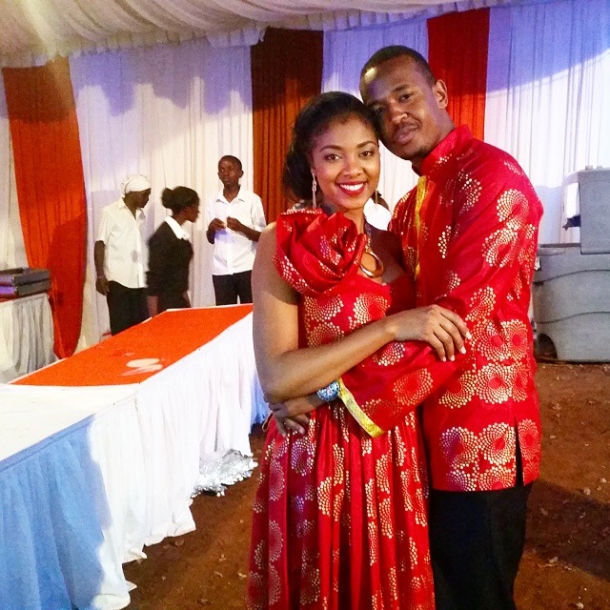 Barely one year after they tied the knot in an illustrious ceremony, held at the Fairmont Mount Kenya Safari Club Nanyuki, top Kenyan hypeman DNG and his gorgeous wife are rumored to be facing marital trouble.

DNG, whose real name is Davidson Ngibuini, sent the rumour mill into motion when he reportedly deleted images of his wife, Yvette Nungari, from his social media handles.

The talented MC went on to post cryptic messages on his social media –a thing that led many followers to suspect that things had gone south in his marriage.

On his personal Facebook account, the MC shared a lengthy post from Sean Carter that emphasised the importance of choosing a virtuous woman – not just one with attractive features.

“Be careful of a woman that loves money. I mean the women that talks ‘every time’ about her hair, clothes, shoes, bags and make-up. Marriage is not all about these things. Without make-up, cloths and shoes, a good marriage will still stand but without love, no marriage can stand,” read the post in part.

Citizen Digital reached out to DNG to find out if there was any truth behind the allegations, but the hypeman quickly stated, “No comment,” before disconnecting the call.

Is there trouble in DNG’s paradise? Only time will tell.

Barely a year after they got married DNG DNG's marriage DNG's wife dngkenya is DNG calling it quits?