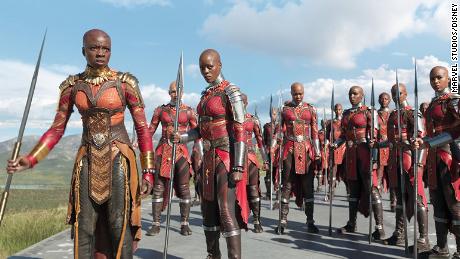 Nollywood and a U.S. television production studio have announced a new project that will be based on female warriors linked to the famous Black Panther movie.

For the first time, Sony Pictures Television will co-develop three TV projects with Nigerian network EbonyLife, one of the biggest TV networks in the continent.

The deal comes after a boom in interest for African stories in TV and Film.

The film features an all-female force, the Dora Milaje.

It will be set in the Kingdom of Dahomey and tell the story of how the women protect their nation.

In a statement Mo Abudu, Chief Executive Officer, said, “Our vision has always been to change the narrative about Africa and to tell our stories from our perspective.”

Nigerian filmmaker Femi Odugbemi applauded the deal saying: “It’s the first time I think a global company, or a company with a global footprint, is coming to the table, not just to give crumbs but to actually to try to collaborate in a way that expands opportunity for creating (stories) of African descent.”