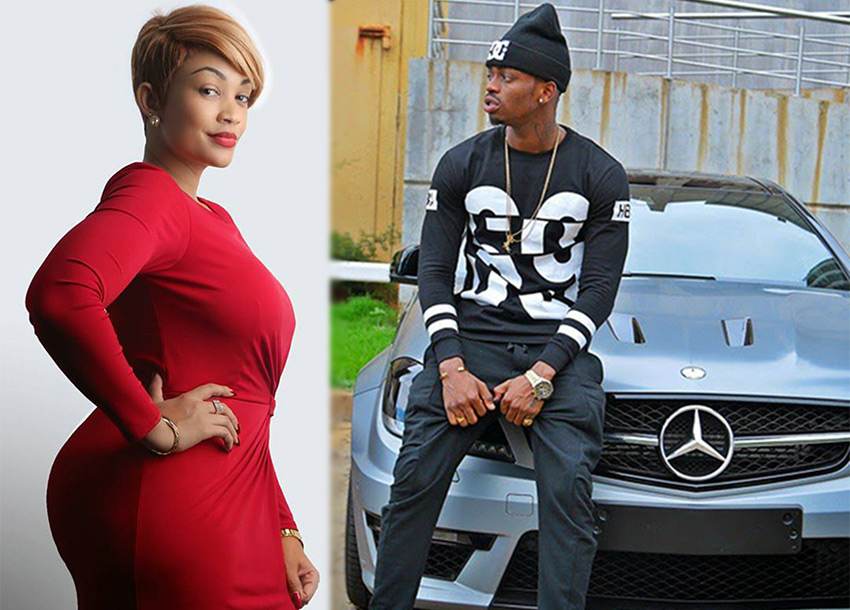 Zari Hassan, the partner of Tanzanian top crooner Diamond Platnumz, has been criticised by a section of social media users who claim she has artificially enhanced her looks.

Speculations that Zari enlarged her curves arose after photos surfaced online showing the businesswoman dressed in a red garb and her derriere looking “bigger than usual.”

The photos were taken recently when Zari accompanied Diamond to sign a contract with Tanzania’s top telecommunications company, Vodacom.

To justify their speculation, some social media users merged Zari’s recent pictures and the controversial one – which featured Diamond hugging her. Thereafter, they shared the photo grids and asked fellow fans to air their opinions.

Most said: “It seems Zari enhances her assets when she goes out: a practice that is on the rise among many urban women.”

“These are not original; I know Zari very well; the curves are artificial. It seems every time she would be stepping out, she will be wearing the enhancers,” said one Zahara.

Zari has however dispelled the claims saying she is “original” and has always been that way.

“I don’t wear ‘enhancements’. My body is very ‘original’. It was like that since my pregnancy days,” Zari told Tanzania’s Ijumaa.

“I know Zari better than you do. Her ‘curves’ are real. People should be keen on a person’s dressing – it influences how parts of one’s body would look like,” said Diamond.