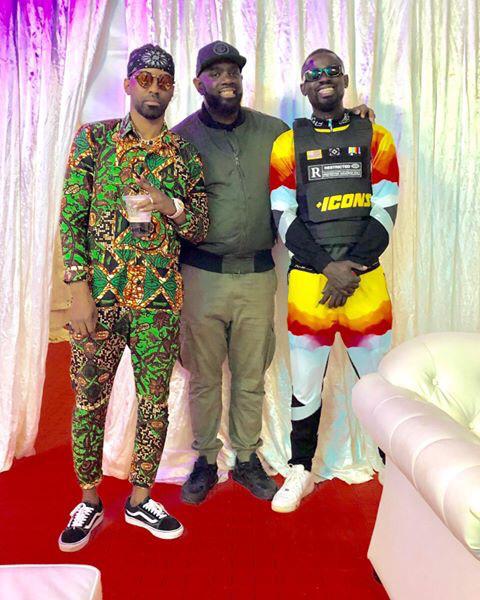 Felix Calvince, popularly known as DJ Calvince – or the ‘Dark Fella’ if you prefer – has been making Kenya proud by flying her flag high across continents for years yet nobody seems to notice.

The DJ, who refers to himself as an entrepreneurial entertainer, has shared the stage with several top acts from both within and without Africa.

These acts include Nigeria’s Burna Boy, Wizkid and Davido as well as Jamaican heavy-hitters Demarco and Konshens.

He was also one of the headlining DJs during Konshens’ recently concluded Kenyan tour.

He also recently joined Arrow Bwoy’s U.S tour when he performed in Dallas, Texas, which also happens to be where the DJ resides.

While there, the two even managed to bump into, and sneak a photo with, legendary American Hip Hop artist 50 Cent.

DJ Calvince with 50 Cent and Arrow Bwoy in the U.S. PHOTO | COURTESY

In 2017, he accompanied popular Kenyan Reggae DJ Kriss Darlin to a project in Nairobi’s Kibera estate where they established a platform to help raw, young, talented Kenyan youth who wish to venture into the competitive music industry.

He grew up in Kisumu and attended Kisumu Boys High School after which he proceeded to the University of Nairobi where he became one of the most influential student leaders.

He successfully attained a Bachelor’s Degree in Sociology and Economics, graduating in 2015 before moving to Dallas Texas in the U.S.

The Kisumu Boys alumni is set for a homecoming concert in Kisumu this December which will feature top Kenyan acts including ‘Siogopi’ rapper Khaligraph Jones.

DJ Calvince with Khaligraph Jones in the U.S during the ‘Leave Me Alone’ video shoot. PHOTO | COURTESY

The DJ is also set top perform at the #SuckerFreeVIP New Year’s Party.

“Christmas season is one of the world’s most emotional periods annually. I’ve always looked forward to re-unite with my people during these spiritual moments,” he said.