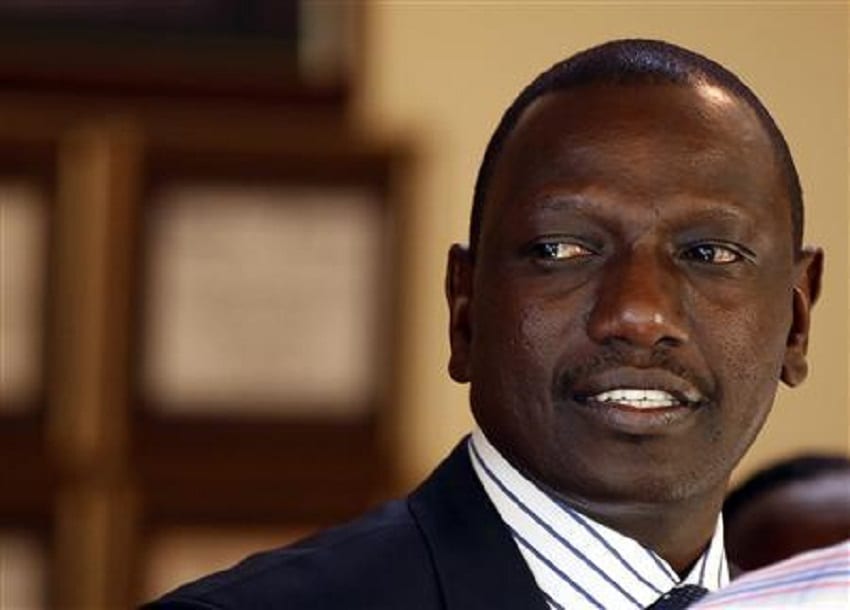 Kigeugeu star Jaguar has added yet another feather to his already full cap with the launch of Jaguar Youth Empowerment Foundation on Wednesday evening.

The foundation, which was launched at the Kenyatta International Convention Centre (KICC), is aimed at helping the youth support themselves through different money-generating schemes.

The event’s top highlight was Size 8’s performance of her hit song, Mateke.

Despite being heavily pregnant, her act was so lively that it prompted Jaguar and the DP to unleash their dance moves.

Ruto applauded the Huu Mwaka hit-maker for his initiative, praising him for being talented and patriotic.

“Jaguar has done this country proud. He’s demonstrated beyond doubt that Kenya is a land of tremendous opportunity and talent. It is against this background that I joined artists and friends of Charles Kanyi aka Jaguar during the launch of Jaguar Youth Empowerment Foundation,” he said.

He added that the Jubilee government would continue to invest in the youth.

“We believe our young people can make this country realize its goals sooner rather than later. We believe that the passion, creativity and talent of our youth is what will take us to the next level.”

The DP also affirmed that the government is committed to making sure Kenyan artists get more airplay.

“The Government is working with media stakeholders to ensure a certain percentage of media content is local. This is the least we can give to our talented artists.”

On his part, Jaguar expressed gratitude to those who turned up for the launch.

“I want to thank all of you who came out to support me as I launched my foundation. A profound vote of thanks to The Deputy President of the Republic of Kenya H.E William S Ruto for taking time off his busy schedule to come and grace this event,” he wrote on Facebook.

Jaguar is a board member of the National Authority for Campaign against Alcohol and Drug Abuse (NACADA), and he has fought alcohol and substance abuse among the youth since his April 2015 appointment. END_OF_DOCUMENT_TOKEN_TO_BE_REPLACED