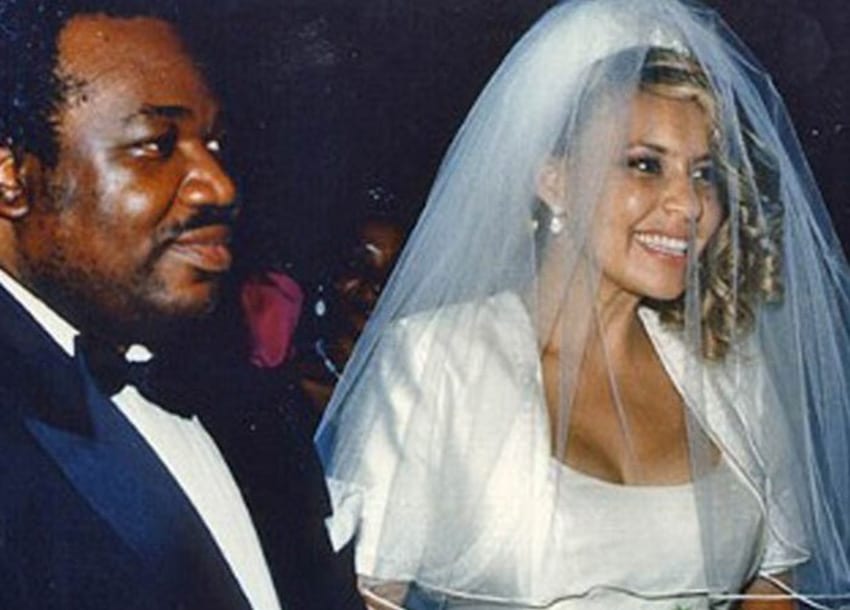 The estranged co-First Lady of Gabon filed for divorce from President Ali Bongo on Wednesday in Los Angeles, reports My News Los Angeles.

While in L.A, he met a young woman- Inge – in 1991 and then married her in Madrid, Spain three years later.

When Bongo’s dad died, Ali became the new Gabon president and moved back to his home country with his wife.

Celebrity news website TMZ.com reported that a woman known as “Inge” has lived in penury and on welfare in Los Angeles.

Inge, the former Inge Lynn Collins, is an American from Los Angeles who says she has three children with Ondimba.

She told ABC News in 2009 that she remained in California after their marriage but regularly visited Gabon.

Inge said she was mistreated in Gabon and ignored by her husband, who,she said “treated me like a zombie.”

Inge’s divorce file, according to My News Los Angeles, states she and her adopted 16-year-old son are living on welfare payments of Sh55, 000 ($524) per month.

It asks for full custody of the boy and spousal support.

TMZ reports Inge claimed that she has received nothing from her husband since 2008.

Ondimba married French-born Sylvia Bongo Ondimba; the First Lady of Gabon, in 1989 and they have four children.

The President of Gabon is the son of the late President Omar Bongo, who ruled Gabon for more than four decades and whose estate was estimated to be worth hundreds of thousands of dollars.

Odimba says the wealth will be shared with Gabon’s youth.