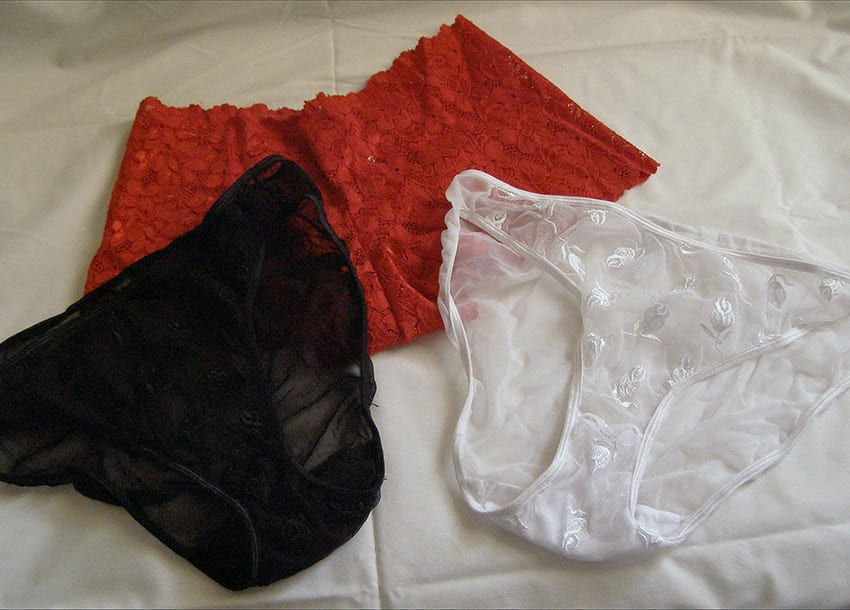 It is interesting how fashion evolves over time. New trends are adopted each day and obsolete ones dropped.  One of those widely and wildly accepted modern trends in Nairobi is ‘going commando’ – a term meaning “to go without underwear.”

“In honour of Her Excellency Madam Kingwa Kamencu’s 29th (October) birthday, all citizens of Kenya are requested to refrain from wearing underwear in accordance with Pillar Three of her campaign, An Underwear Free Africa (AUFA),” the post read.

This post sparked off a heated pro and anti-underwear argument, and Kamencu later denied urging people to walk panty-less.

Two years later, the debate rages on with many people asking: Why won’t women wear panties?

According to *Jane Achieng’– a career woman in Nairobi, who is in her 20’s, underwear is uncomfortable.

“Panties are very uncomfortable. Also, most women do not fancy the sight of panty-lines. Additionally, there’s the aspect of fresh air, the hoo-haa needs to breathe,” she said, adding: “For me, I would only wear underwear when I am rolling (menstruating), or when I am in a pair of jeans trousers.”

“However, if one has to wear underwear, I think boxer shorts or seamless knickers would do; they are less confining,” she told.

In a January 2014 publication by Nairobian, *Angie Nderi, a 35-year-old mother of three girls, claimed skipping undies has practical advantages.

“I stopped wearing panties many years ago after high school. Briefs and thongs never worked for me. They are tacky sweat magnets,” she says, adding that she is encouraging her daughters not to wear panties.

Citizen Digital sought the views of Nairobi inhabitants on the contentious topic.

Aaron, a 24-year-old clothes vendor in the CBD says he fails to understand why people gripe about Nairobi women walking “free”.

“I don’t see any problem with women ditching their undergarments. If it is their decision, well and good!” He began.

Referring to days of yore, Aaron told: “In the past, our great grandparents used to move around with pieces of skin covering their vitals – they did not don panties, and there were no complaints. You could not hear of rape back then. Today people argue if you walk around without the covering, then it’s a rape ingredient – I don’t think so.”

The 24-year-old added the climate change has contributed immensely in the cropping of the habit.

“Weather too plays a big role in determining if a lady would wear panties or not. If it is too hot, then there’s no problem going without – so long as your dress covers you well. It’s good to relax and make your body fresh. It keeps away the odor that might emanate from your lady parts.”

So, would Aaron allow his partner to walk in town without wearing inner-wear?

“I will if she wants to – I am liberal. If it’s very hot, she can go without. I don’t see the need of curtailing her freedom; her dress, her choice,” he stated.

However, 45-year-old Maina – a newspaper vendor in Nairobi differs with Aaron, saying it’s shameful for a woman to walk panty-less.

“I don’t think it is right before humanity and even religion,” he said as he recounted of an unfortunate happening. “I remember an incident when a lady was heavily embarrassed for not wearing underwear.”

“She had gone to buy bananas a distance away from where I sell newspapers. Suddenly, there came a whirl of wind which lifted her dress up and her bare bum was left for the whole public to see. She was mortified, and immediately rushed into a matatu, leaving her bananas behind,” Maina narrated.

According to Saitoti, a 31-year-old boda boda operator in Hurlingham, it is disrespectful for a woman to go bare down there.

“A woman who fails to wear underwear has no respect for herself whatsoever. Not wearing it gives the public a lot of justification to disrespect you. Men can even mistake you for a prostitute,” he said.

Saitoti says parents, especially mothers, are to blame for the ‘bad’ habit.

“When a lady leaves home without panties in the presence of her parents, then I’d say the mother should take the blame. The father would be ashamed to ask her to put on inner wear. Both the mother and the girl would question what was he looking at to note she (daughter) has not worn any underwear,” he told.

“Sometimes it gets worse when the girl is following in her mother’s footsteps. You’d be left wondering how she can correct her daughter if she is also having the habit of not wearing panties,” Saitoti added.

Saitoti further argues not wearing panties could increase lust among rapists, because it makes the ‘goodies easily accessible’ to them.

“That it is why some ladies get raped on the streets. Worse still, when you fail to wear the panties, you are making your womanhood easily accessible. God forbid, even the rapist uses minimal effort to undress and do his evil acts.”

According to him, the internet is a serious contributor towards the culture change.

“A girl as young as 15 years old beats you hands down in imitating the west – including going commando. Such a habit is applauded in the developed states, but us as Africans, we have our own values which we hold on to. Walking without knickers is not one of them,” he intimated.

Does Saitoti buy into the idea that going ‘commando’ allows a woman’s privates to ‘breathe’?

“That is pure lies,” he quipped, adding: “I am a member of the Maasai community, and according to our culture even seeing a woman’s heels is very difficult. My question is – are Maasai women not ‘women enough’? Even Muslims wear buibuis and still put on knickers despite the heat,” Saitoti retorted.

26-year-old Nelias – a stationery seller in Nairobi, says she cannot walk without covering her ‘goodies’ up.

“I attach a lot of respect to the inner wear and I will never go without it. I have been brought up wearing underwear all my life. I am sure I would not even walk an inch without feeling guilty and uneasy if I don’t put on one.”

No going commando in my home

City businesswoman *Rose Gathoni’s testimony stood out– she detests women walking panty-less to an extent she forced her then 19-year-old daughter to wear underwear in her presence.

She told: “I am gobsmacked today’s girls don’t wear panties. In my time, it was unheard of. It’s very embarrassing as a mother to learn that your daughter is walking without wearing the most important piece of clothing. What happens when you fail to put on underwear, and the wind lifts your dress up?”

“As a female parent it even pierces my heart to publicly see a young woman’s nakedness. One should at least wear tights under a dress if she decides she’d go without the underwear,” she advised.

The 50-year-old woman recounted her one-time encounter with her ‘panty-less’ daughter.

“I remember forcing my own daughter to burn her own clothes. There was a day she’d worn a very tight skirt. I could vividly see the shape of her bum and so I sensed she’d worn nothing beneath it,” narrates Gathoni.

“When she was just about to go out, I called her back and told her to get into her room. I then followed and asked her to remove the skirt; which she did. I confirmed my worst fears – can you imagine she’d not worn any underwear?” she poses.

“I knew the wardrobe she was keeping her undergarment in. I immediately pulled one out and asked her to put it on in my presence. After she’d obliged, I asked her to wear another skirt. The one which she had initially put on, I ordered her to take paraffin and burn it,” recounts Gathoni.

She defends her action saying it was meant to discipline her ‘wayward’ offspring: “I wanted her to know that her dressing was very provocative. Maybe her friends have been raised in families which do not pay much attention to their children’s dressing. But in my family, I don’t compromise on decency. The rest I leave it up to God to help.”

“I however do not desire to repeat what I did. So, I am not sure today if she wears something beneath her dress or not. She is more grown now. But what I would preach – a woman should never walk without panties, never!” states the businesswoman.

According to W. Mark Dendy, Sacramento Health News Examiner, going commando has no health hazards, but recommends women to embrace the habit only when necessary.

He says: “First, you have to realize that wearing panties tends to hold in moisture and moisture enhances the ability of yeast to grow. On the other hand, panties can keep those sensitive areas from chaffing when a woman wears jeans or pants.”

If you’re wearing a skirt, it would seem pragmatic to “let the air in” but that can be risqué.

“But at night, for all practical purposes, there is no question about it… women should drop their drawers at their bedside and “let the air in” or “let it air out,” except, of course, during the code red nights (menstruation)!” advised the expert.