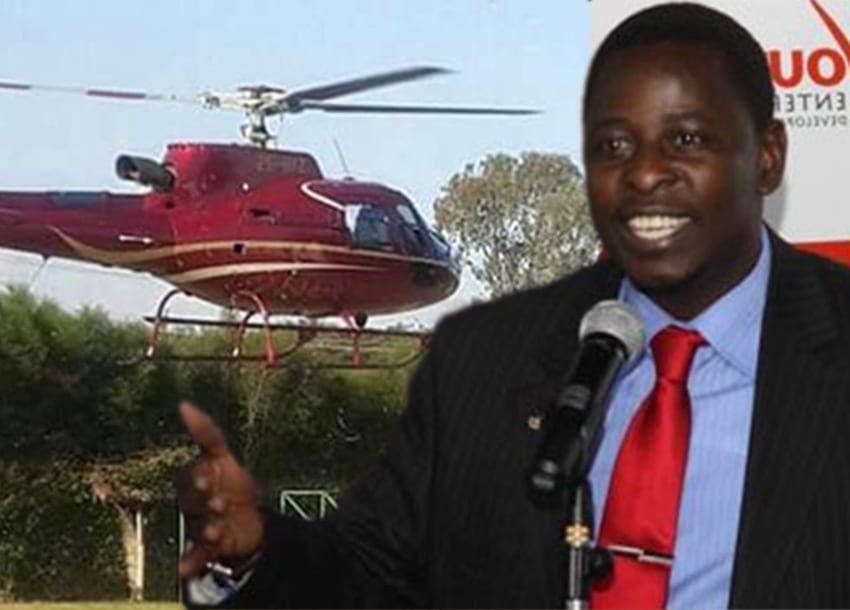 Speaking to Citizen Digital, the affluent entrepreneur said: “I don’t mean to show off when I traverse places quite often in a chopper; to me it’s about convenience and saving time. I am sure anybody who had the opportunity of such convenience would love the means.”

To Gor, who is the former chairman of the Youth Enterprise Fund and aspiring candidate for the Football Kenya Federation chairmanship, choppers are not a big deal.

“It’s a mode of transport just like matatus, motor bikes, bicycles; I don’t see the reason of fascination about it,” he added.

His declaration comes after he stunned by making a grand arrival on a chopper at the wedding of Pulse Editor, Stevens Kisuli Muendo on Friday in Karen, Nairobi.

Gor landed in a helicopter at the wedding reception held at the luxuriant Stedmak Gardens, as one of Muendo’s uncles was addressing the couple.

The speeches were temporarily halted, as the chopper circled around the venue, making several rounds before landing.

“It wasn’t supposed to disturb the peace of the occasion. I had come from campaigns, and was to attend the wedding. After which I was going somewhere else. I don’t see if it’s a big deal.”

On July 11, Gor shuttled between school, an event in Machakos and the Luo Festival at Carnivore using a chopper and spent a reported Sh200, 000.

On numerous occasions, the high-flying entrepreneur has made headlines for his lavish lifestyle.