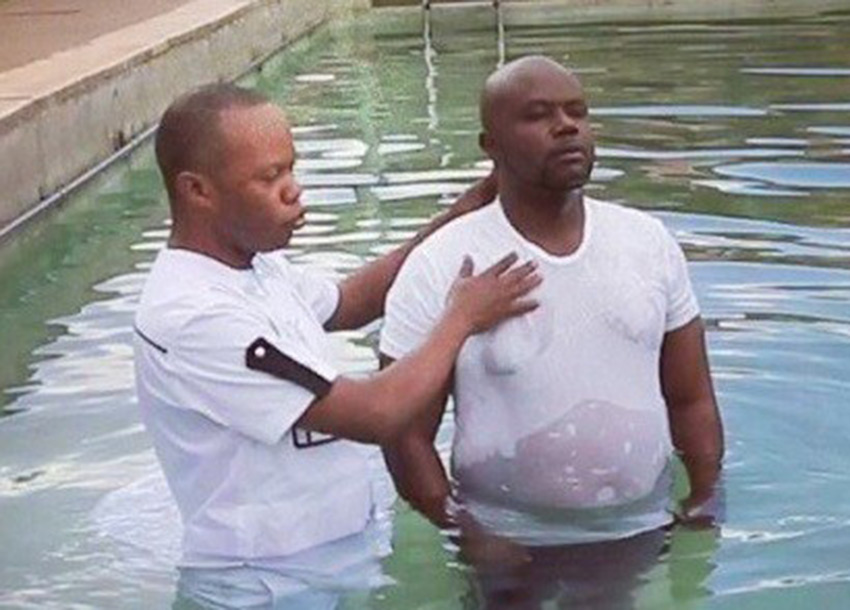 “After getting saved, Kidum has now taken his salvation to the next level. I’m happy and grateful to be the one baptizing him. He has confirmed his love and salvation to Christ and the rest of the world,” posted the man of clothe.

Kidum has however denied being baptized, and says the photos were taken during a video shoot of one of his new hits yet to be released.

The singer who recently visited Tanzania, disclosed to the country’s Clouds FM Amplifaya show that a member of the production crew in his video shoot got ‘overexcited’ and posted the images online.

“I won’t lie. The pictures you saw of me being baptized were taken during a video shoot of my new song Mbingu na Dunia,” said Kidum.

“One of the video producers got excited during the shoot and took still photos which he shared on social media. He used the photos to create a non-existent story; worse of it all, he did not consult me,” added Kidum.

The 41-year-old says he was baptized when he was 15, and since then he has been a man of faith.

“I was baptized 26 years ago. It is true I sing both gospel and secular music; now you know.”

The Kimbia hit-maker expressed his disappointment with the video producer who leaked the photos online saying he made him look insincere.

“Some members of the production crew are informing the masses that I am born again. They are portraying me as an insincere person who sang gospel yet he hadn’t seen the light. I am not impressed at all. I am a Christian, I live by Christ’s teachings and I have always been a Christian who sings gospel; probably even more than those of you who think you are holier than though,” he retorted.

Kidum stated he will continue singing inspirational songs, and that he won’t be deterred by rumour millers.

“I’ll continue singing gospel and inspirational songs. I’m not doing music for business; all my songs are inspirational,” said Kidum.