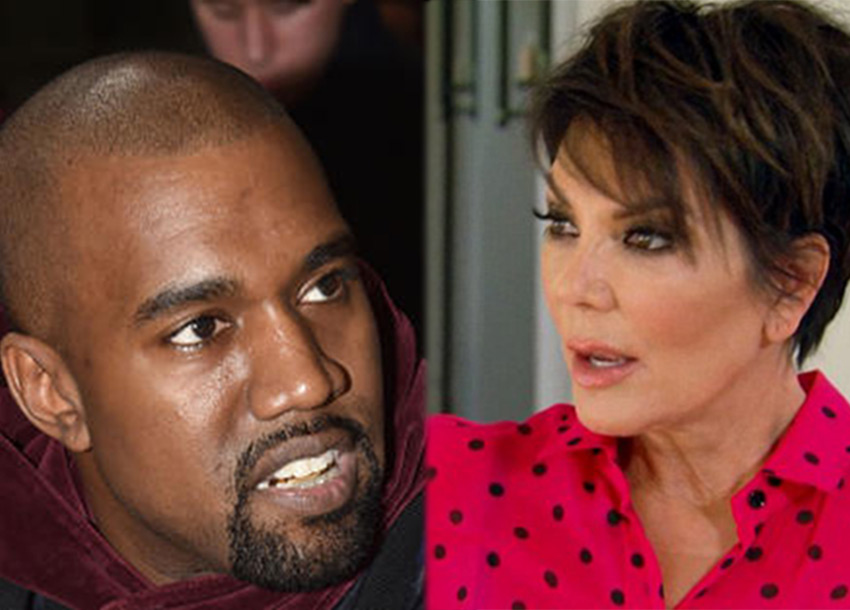 American rapper Kanye West is so out of control that family matriarch Kris Jenner is worried that “he is damaging the Kardashian brand”, says Page Six.

Ms Jenner has thus called for a crisis public relations team to rein him in. West’s team met with a host of top publicists within the last few months – but nobody is brave enough to work with him.

“His Twitter rants are out of control, and Kris fears that he’s taking the family down. Kris wants Kanye to hire someone to handle all the noise and drama so he can focus on being an artist,” said a source.

However the response from the public relations world was deafeningly silent. One top publicist who was approached said: “You couldn’t pay us enough to represent Kanye. He’s too much to handle.”

The outlet reports, Kanye flew into a frenzy moments before the show because the lighting director ordered the crew to take up the flooring on his set.

It wasn’t the first time the Black Skinhead hit-maker flipped out over a floor. Sources told the publication when he previously appeared on SNL as the musical guest, he demanded expensive marble flooring.

An insider related: “Kanye said, ‘If I’m going to sing like a stone, I need to feel the stone,’ and then got his team to bring in a huge piece of marble. It was ridiculous.”

Meanwhile, after the tape leak, Kanye and SNL boss Lorne Michaels spoke on the phone to clear the air. Another source close to Kanye insists, “He wasn’t overly concerned about the recording… He knows how to generate a lot of interest and curiosity. . . He’s an artist first and foremost. . . The whole Twitter persona is a part of his art.”