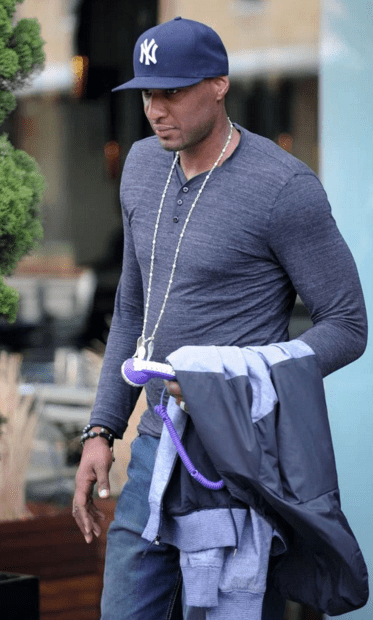 It’s a sigh of relief for Lamar Odom’s fans as the famous basketballer, who was found in an unresponsive state just a week ago, left Sunrise Hospital Monday.

The ex-Lakers star has been receiving medical treatment at the hospital since Tuesday when he was admitted after being found unconscious at a Nevada brothel.

Though there is no official statement on the cause of Lamar Odom’s health issues, prostitutes who attended to him said he took a cocktail of drugs and alcohol during his stay at the brothel.

Lamar’s condition was so dire that he was said to be on his deathbed the day after his arrival at the hospital. He was in a coma and his organs, specifically his kidneys, were said to be failing.

She also said that he gave a thumbs-up, his first communication since being hospitalized in Las Vegas.

“He woke up and he spoke,” Alston said. Khloe said that he was able to say “hi” to her.

Since then, Lamar has taken several steps on his road to recovery according to E! News. The U.S. based entertainment site said that Lamar has been taken off a ventilator and has begun physical therapy.

“Lamar is ‘making fast progress’ and can move his arms and legs, but he is not able to stand up, even with assistance. A CT scan came back clean, but there may be some cognitive issues ahead,” read the E! News report.

“Though Lamar is still on dialysis due to kidney failure, he is showing signs of improvement. He passed a swallowing test, a promising sign of neurological function, and has communicated using hand signals,” the report continued to say.

“Additionally, he is no longer wearing an oxygen mask and is “doing great with his breathing.”

Lamar Odom is being taken to California where he will receive further treatment and an extensive course of rehabilitation.

The transfer from Las Vegas to California was pegged on his condition remaining stable.

Doctors were in the early stages of working out logistics of how the two-time NBA winner would be transported to SoCal via helicopter, which was impossible due to his previous condition, which prohibited him from being airlifted in a helicopter.

Being in California will also keep the basketball champ close to his estranged wife Khloe Kardashian, who has not left his side since after he was admitted.

Keeping up with the Kardashians’ star, Khloe, has been making all the critical medical decisions for Lamar despite the fact that the two had split in 2013.

Apart from Khloe, the rest of the Kardashians, his two children and ex-girlfriend, Liza Morales, his Lakers teammates and Reverend Jesse Jackson are said to be some of the people who have been by his side during this tough time.