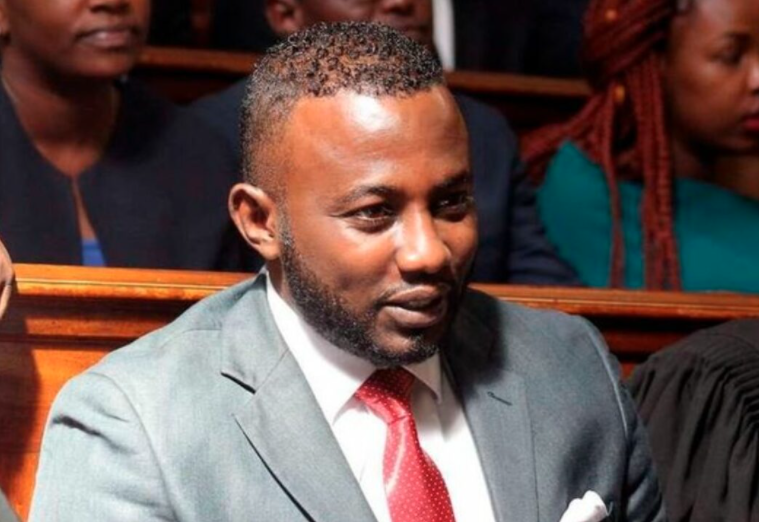 Lamu Senator Anwar Loitiptip has threatened to sue a journalist who asked him about allegations of neglecting a child he sired with former Nairobi Governor Mike Sonko’s daughter Saumu Mbuvi.

The Senator, who declined to address the matter during a phone call with Mpasho news, instead asked the journalist to focus on more important matters, like the 2022 polls, in which he’s a contender.

“I’m doing it on record, I have warned you and I will tell your boss and take legal action...msinilaumu…tuheshimiane…niulize mambo ya wananchi na kazi ya Lamu,” said the Senator.

The Lamu Senator lamented that the allegations would tarnish his name in politics as the race to retain his seat hots up.

“Wacha kunipigia simu on stupid questions, this is the third time now you’re asking me, this is 2022, a different year, let’s be focused on the agenda that we have…I’ll report you to your boss, nitampigia directly,” he said.

“This is a political year, why do you want to write something that’s not important? Waheshimiwa wangapi uko nje who have issues with their relationships, do you ask them? It will tarnish my name, and then what will you do?”

The latest comes just a day after Saumu exposed the youthful legislator as a deadbeat dad, in a series of Instagram stories.

“Deadbeat kabisa, has never supported a thing,” wrote Saumu, in response to a fan who wanted to know if the legislator was present in their child’s life.

This is however not the first time the two have been at logger-heads over the well-being of the child.

Sometime in 2021, Saumu had denied knowing the legislator after it was widely reported that he had moved on with her best friend.

"I have a big God that can do big miracles. Sorry, who is Anwar?" she wrote then.

Saumu and the Senator’s relationship ended sometime in 2021, having already sired a baby together the previous year.