Obama’s cousin sues officers who farted next to her, demands Sh64.5M 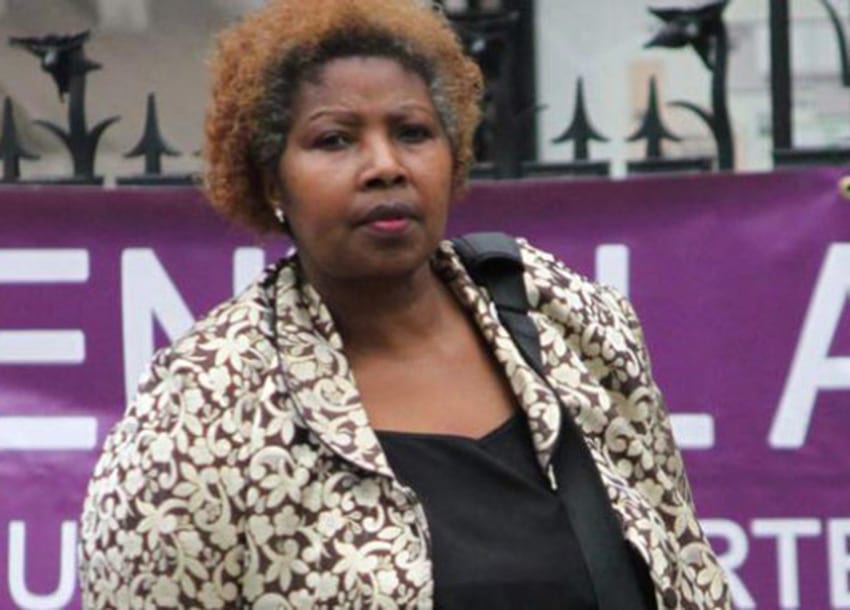 United States President Barack Obama’s British cousin, Marie Auma, is suing the Metropolitan police for Ksh 64.5 million (£400,000), claiming she was subjected to a campaign of bullying and humiliation, reports The Guardian.

Auma, 57, said officers and employees pursued a conspiracy against her, including two who deliberately broke wind beside her desk at Southwark police station.

Marie Auma of Palmers Green in north London was at the U.S. President’s inauguration in 2009.

She claims she was belittled and humiliated by some colleagues when she worked as a civilian in the Telephone Investigations Bureau.

She said the ‘conspiracy against her’ began when she was denied work leave to visit her brothers’ grave after they died in a car crash in Kenya in 2007.

Auma said the move consequently resulted in her retirement due to mental health difficulties.

Her lawyer, Lorraine Mensah, told the judge assigned to hear her case at Central London County Court that Auma, whose job involved liaising with crime victims, had been the victim of “21st century bullying”.

In addition to the incident of breaking wind, Mensah made reference to ‘bullying’ incidents which occurred between 2007 and 2009 to Auma, arguing it formed a culture of “overzealous, oppressive managing” of the 57-year-old.

The lawyer added, this forced Auma to take “inappropriate breaks” making it impossible for her to meet her targets.

She told the court Auma had been branded a troublemaker in the force’s “rumour mill” after she complained at being denied leave to visit Kenya after her brothers’ accident.

Mensah said:  “Most of the behaviour was open. The passing of wind at her desk in an open plan office is an attempt to belittle her and humiliate her.”

When the officer was moved to another unit the number of memos which Marie had to deal with increased.

Mensah told: “There was clear evidence before the defendants that she was suffering stress, causing her ill health, and she attributed that to the bullying and harassment that she complained of.”

Auma had to take time off work due to chest pains in the second half of 2008, which she put down to anxiety and stress caused by her situation at work. She eventually suffered a mental breakdown and was admitted to hospital, and never returned to work before she retired due to ill health.

Mensah said the Met could at any time have “controlled or stopped” the harassment and so prevented Auma from mental injury.

Auma is related to Obama through her aunt, Kezia Obama, the president’s stepmother, who lives in Bracknell, Berkshire.