PHOTOS: Is this Kenya’s most glamorous Akorino wedding? 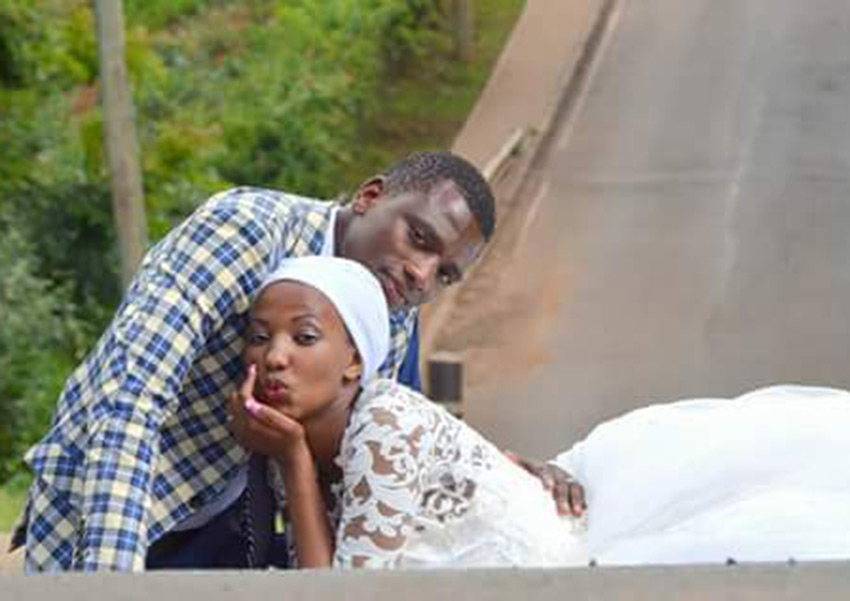 Early this week, Kenyans on social media marveled at the glamour, modernity a recently wedded Akorino and a non-Akorino couple exhibited in celebrating their union.

Photos of Mr William Amunga and Sarah Mwathi sparked substantial admiration from online users who were amazed at how the couple broke away from the trademark Akorino fashion of free flowing dresses, and loosely fitting attire.

The nuptial was held at Barclays Sports Club in Nairobi on December 19, 2015.

Hearts were seemingly fluttered when Sarah appeared in the photos in an alluring Eureka style wedding gown along with sheer sleeves. The sophisticated and graceful bell-gown silhouette draped loosely; effortlessly flaring from her waistline downwards.

So wonderfully pretty and full of intrigue was the bride’s gown that it couldn’t pass the curious eyes of social media users.

However, what remained intact – that identifies the Akorino culture – is the white turban which Sarah wore on her head.

“The wedding was a power blend at its best of an Akorino and a non Akorino couple. We compiled the two phenomena and just styled it up,” said our source who sought anonymity.

The groom, a non-Akorino, on the other hand wore charming blue pair of trousers, white shirt, checked coat, black and white striped necktie and black pair of shoes.

The photo shoot saw the bride change into an ethereal, flirtatious and elegant sheath silhouette which has won the affection and admiration of many. Graceful bows draped over her shoulders, framing her dress’ playful cowl neckline.

Her bridesmaids on the other hand donned elegant sheath dresses which were ostensibly perfect for their confident and clever look.

“It was an all-white evening party. We wore the dresses because we wanted to be comfortable; at the same time communicate our identity,” said the source.

The couple’s classic and timeless dress code has seemingly revolutionized the Akorino’s sense of style which for a long time has been considered conservative. The faithful often clad in white flowing dresses for women and robes for men.

“There are a group of Akorino people who don’t accept women to dress in clothes which accentuate their curves. Some sections however have no problem with it. I think it’s a high time people should appreciate the diversity in today’s mode of dressing,” added the source.

The Akorino Church began as a Christian movement of charismatic preachers called Arathi, which means prophets. Its members wear white turbans, the equivalent of the mitre in the Anglican Church, to emphasize the priesthood of all believers.

The Akorino faithful are well known for their production of spiritual hymns in the Gikuyu language.  The hymns use typical African tunes and melodies which reach deep into the African psyche, causing the hearer to draw near and listen to the message.  Their music is sung in deep and loud sounds using African drums, and other percussive instruments for accompaniment.

Below are the wedding photos: