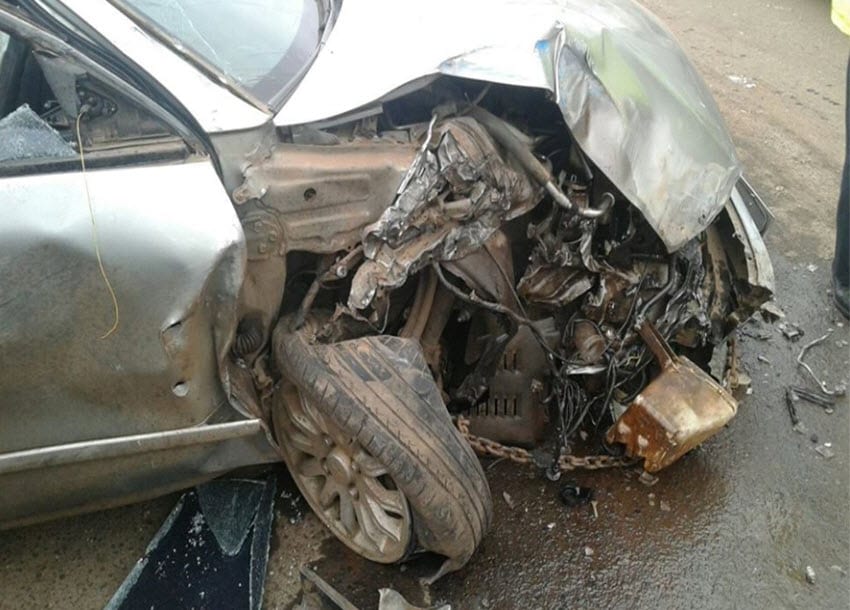 The car that the two were driving on collided with a lorry at Maasai stage at about 6:00am.

Speaking to Citizen Digital , their manager, Ricky Bekko confirmed the incident, adding that the two were rushed to Sinai Hospital.

“Timmy and Tracy were from a show in the morning, and they got hit by a lorry. The crash was about 6:00am. We were informed of the crash and we rushed to meet them at the hospital,” Bekko said.

When asked about the extent of the injuries, Bekko said doctors are yet to finish tests.

“We don’t have a clear word from the doctors, yet. We are still waiting for them to confirm the medical examinations,” he explained.

“Tracy hasn’t said a word since we arrived. Timmy is speaking, but he is disoriented,” Bekko said.

Representatives of Timmy and Tracy are at the hospital, and more are on the way.

Below are pictures of the early morning crash, courtesy of Bekko.