Pop singer dies on stage after being bitten by cobra 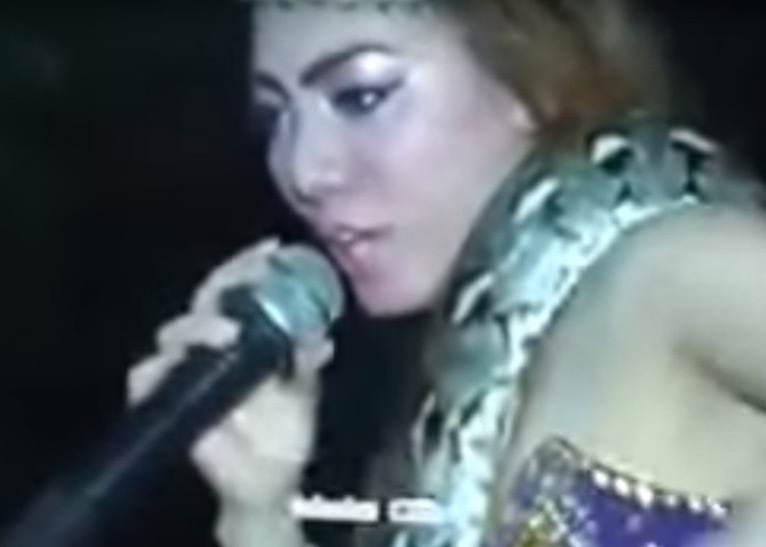 Irma Bule, an Indonesian pop singer, collapsed and died in the middle of her performance, 45 minutes after she was bitten by a cobra, reports Metro.

The 29-year-old was dancing on stage in West Java, Indonesia, when she accidentally stepped on one of the snakes she was using during her performance.

She believed the King Cobra snake had been de-fanged but somehow it injected its venom into her when it bit her on the thigh.

It is reported that Irma was offered an antidote, but she refused it and continued to perform after a snake handler pulled the reptile away.

However, the venom in her bloodstream caused her to vomit and have seizures.

The disturbing clip shows the moment staff try to save Irma from the snake, named Rianti.

Irma was pronounced dead upon reaching the hospital where she had been rushed for emergency treatment.

Ferlando Octavion Auzura, an audience member, told local website Merdeka: “In the middle of the second song, Irma stepped on the snake’s tail. The snake then bit Irma in her thigh.”

King cobras are one of the most dangerous animals in the world and can kill an elephant – or 20 people – with a single bite.