President Uhuru Kenyatta rocked skinny jeans as he was leaving India on the eve of October 29th after a state visit.

President Kenyatta appears on the BBC’s trends of the week, with the title ‘The president who wears skinny jeans’.

The, host who says President Kenyatta is known for his normal suit and tie ‘combo’, also says that “the Head of State was criticized for not dressing appropriately”.

The President, who has always identified with the youth, left others in his company shocked by his choice of clothing.

This is not the first time that the President has rocked unofficial regalia. He also wore combat at State House when he presided over a military function at Archer’s Post in Samburu as the Commander-In-Chief of the armed forces. 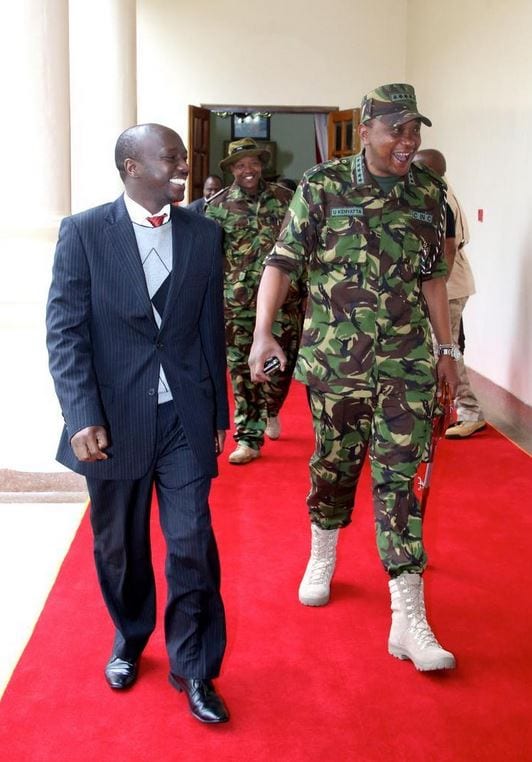 The President who was in India for the 3rd India-Africa Forum Summit and whose theme was “Partners in Progress: Towards a Dynamic and Transformative Development Agenda”, called for a shift in the Indo-Africa trade that will see Kenya and other African countries focus on value addition instead of export of raw materials.

The Forum, which brought together more than 40 African Heads of State and Governments, was the largest since its launch in 2008.