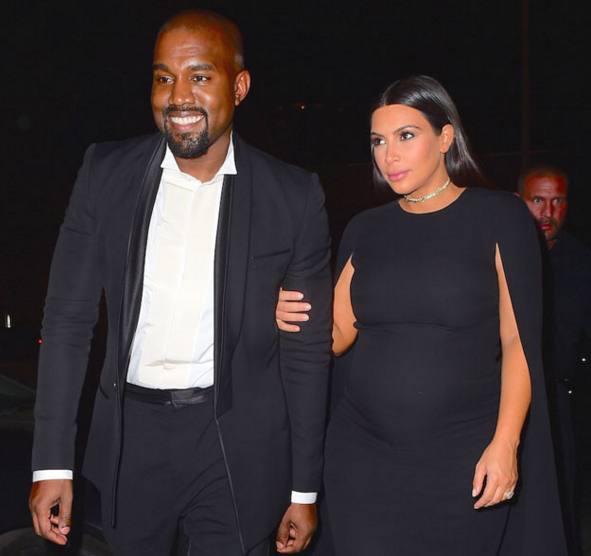 Kim Kardashian and rapper Kanye West finally announced the name of their second baby after hours after speculation.

According to E!, the celebrity couple settled on the name Saint West because they felt: “the child is truly such a blessing in their lives because she had a difficult pregnancy.”

The couple had not named the baby immediately he was born.

“We just started talking about it and that was the last thing for us last time. So I feel confident obviously that we’ll figure it out.” Kim had told E! News earlier on.

Kim made the announcement on her website on Monday going further to mention that the baby weighed 3.7kg.

“Kanye and I welcome our baby boy,” she wrote with a picture of the couple holding hands. “Mother and son are doing well.”

Kris, Kourtney, and Khloe were at the Los Angeles hospital to support Kim while Kylie was at Miami Art Basel, but despite the distance, expressed her joy for the new addition to the family.

The rumor mill was abuzz on Monday with many saying the couple was going to name their son Easton or South West.

The rapper usually goes by the name Yeezus which is actually the title of his sixth album.

In the album I am A God single is one of the songs which is linked to one of the conclusions that the name is not actually an unusual moniker but in line with the controversial rapper’s decisions.

In fact, judging from their first-born daughter’s name, North West it was not unusual for the couple, famously known as Kimye to settle on the new name.

“I don’t like South West, though, because that’s like North will always be better and with better direction,” she told NPR.

“So I wouldn’t do that. I don’t think we’ll go with another direction.” She added.

Speaking about North West to E! News, Kim said that she was still adjusting to less attention.

“We talk about baby brother all the time.” Kim recently told E! News.

“She’s so sweet and yesterday she said wanted to give her baby brother a kiss through my tummy? And she kissed my stomach. She’s super sweet. She has a hard time when I hold other babies but she’s been getting a little bit better and I’m hoping that with her brother it’s a whole new experience.”