Rihanna: Why I’m keeping off sex 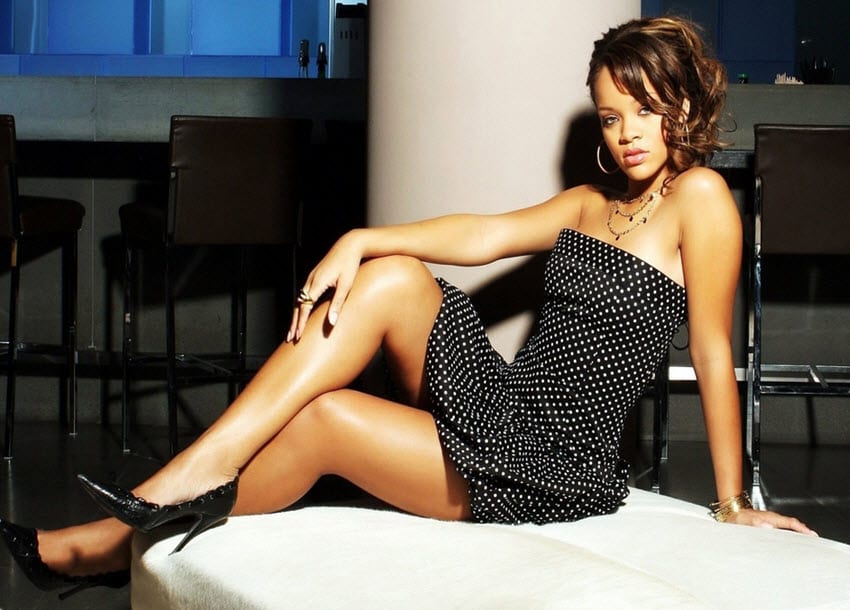 She’s got that bad girl vibe about her.

From her sexually charged videos to her extremely revealing attire, Rihanna’s has successfully branded herself as one of the largest sex symbols of our generation.

Looking at the perception she’s built, you’d not be remise to assume that she’s one to sleep around. But according to an interview with Vanity Fair the Diamonds singer is more of a prude than you think.

Responding to a question about casual sex she told the magazine: “If I wanted to I would completely do that. I am going to do what makes me feel happy, what I feel like doing. But that would be empty for me; that to me is a hollow move. I would wake up the next day feeling like s–t,”

The Barbados-born star, who revealed that she hasn’t been sexually active for some time, said one night stands would do a number on her conscience.

“I don’t want to wake up the next day feeling guilty. I mean I get desires, I’m human, I’m a woman, I want to have sex. But what am I going to do — just find the first random cute dude that I think is going to be a great ride for the night and then tomorrow I wake up feeling empty and hollow?”

Rihanna recently opened up about her abusive relationship with U.S. R&B sensation Chris Brown. In the tell-all interview, she revealed that despite the violence, she still considers Brown to be the love of her life.

Her deep love for him, the singer explains, is the reason she chose to take him back after he brutally assaulted her. So profound was her affection for the 26-year-old sensation, that she even felt protective of him when her fans attacked him over the assault.

“I was very protective of him. I felt that people didn’t understand him. Even after … (the beating). But you know, you realize after a while that in that situation you’re the enemy,” revealed Rihanna.

And that is when things changed for the star-crossed lovers. They have since parted ways, but she says that she still cares for him.

So what’s in the cards for her romantic life? Is she looking for someone new?

“I’m fine being with myself,” said the award winning singer. “I don’t want to really let anybody in. I’ve got too much on my plate, and I’m not even worried about it.”

She however admitted that in the future she would love to settle down with Prince Charming.