Rihanna’s current boyfriend and Chris Brown clash over her 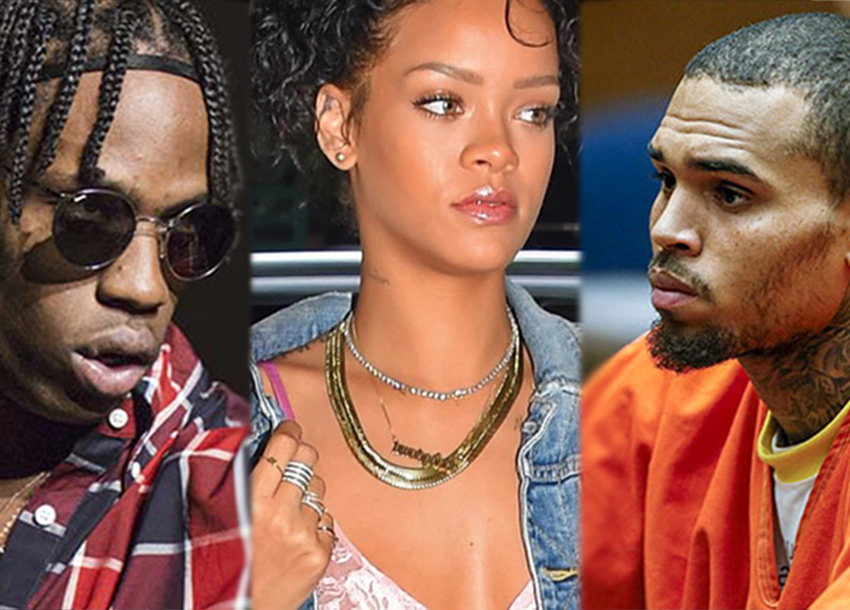 Popular RnB singer Chris Brown has been getting romantic with his ex-lover Rihanna and her current man Travis Scott is not thrilled with Brown’s attempts to get back with RiRi.

Travis Scott, 23, has chosen to tell it directly to Brown’s face; and revealed to HollywoodLife.com when and where he plans to confront the “Gimme That” singer.

“Travis isn’t the type of dude to have enemies or beef with anyone,” a source close to the “Mamacita” rapper told the entertainment website, adding: “but he will with Chris Brown if dude doesn’t back off.”

“Travis will have a few words with homeboy backstage at Power 106’s Cali Christmas on December 4.”

It seems when Wiz Khalifa, Macklemore, Dej Loaf or Pharrell Williams will be tearing up on the front of the stage at the Forum in Los Angeles, things will be boiling behind the scenes.

Chris Brown recently invited Rihanna to join him for basketball games and bonding time with his daughter, Royalty; however, Travis thinks it is time for him to mark his turf.

According to the insider, Travis wants to “have a man-to-man conversation with Breezy and straighten a few things out,” adding: “Travis doesn’t think it is cool that Chris is still ‘hanging on’ to RiRi. Travis adores Rihanna madly.”

The couple has of late displayed their love for one another publicly and the last thing Travis wants is Rihanna’s ex pulling a Drake and making her hotline bling.

Travis however is not a player. He’s ready to prove his love to Rihanna, even if means he has to stand up to her ex.

Travis nonetheless will have plenty one-on-one time with Rihanna, as he’s scheduled to join her on her Anti World Tour.

“I could get Rihanna back in a heartbeat”

Chris Brown, 26, has responded to Travis; oozing a lot of confidence that he can snatch Rihanna from him if he so wishes.

He warned Travis not to get too attached to Rihanna because he knows he could have her back in a heartbeat.

Brown’s friends disclosed to HollywoodLife.com that according to the Royalty star, Rihanna is his and his only.

“If Chris really wanted to be with her today, he knows just what buttons to push. It’s been a rap between Chris and Rihanna for the past years. Any man who really thinks he has a chance with Rihanna is out of his mind. She will always love Chris,” the source said boastfully.