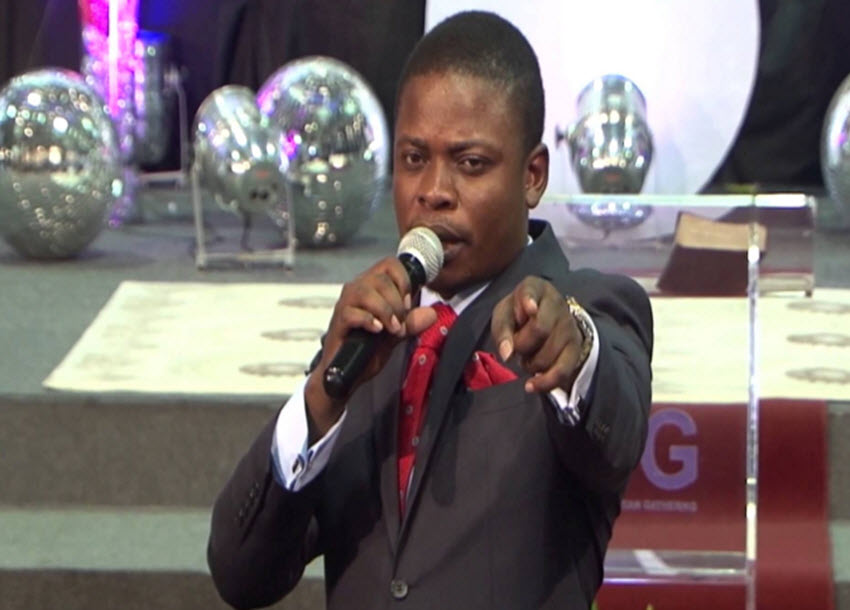 “I am what God says I am. I was born a winner,” is how a Malawian pastor, known as Prophet Shepherd Bushiri, has described himself after the acquisition of his third private jet, reports Malawi’s Nyasa Times newspaper.

Mr Bushiri is thought to be the wealthiest man in Malawi and has recently disclosed his plans to launch a bank and mobile company in South Africa, the paper says.

The flamboyant pastor recently took to social media to flaunt his newly-acquired jet estimated to cost USD 37 million Ksh3.8 billion. He shared the photos with his 420,000 plus followers on Facebook on Thursday, January 7.

The man of clothe could not hide his excitement after adding the third private jet to his expensive acquisitions.

More than half of Malawi’s population of 16 million live below the poverty line.

When criticised for spending money that could have been used to help the poor by one follower on Facebook, Prophet Shepherd Bushiri replied: “When are you going to sell your phone which you have used to type here and give the money to the poor?”

Besides Bushiri, Malawi also boasts of another South African-based pastor known as Hastings Salanje, the founder of Salanje Ministries.

In May, 2015 the rich pastor took to social media to floss his wealth to the public.

Mr Salanje on May 27 posted on his official Facebook page what he termed “just 20 per cent of what God has done to him in the last 12 months”.

In the post, he thanked ‘those who support him’ and dared his ‘haters’ saying: “I want to thank those people who are supporting me and my testimony, but to haters I have a reward for you. I want those people who commented wrongly on my page to show me if they have one of the cars I posted on this page to come forward and I will give 100,000 Kwacha (Sh25, 000) to the person who does that.”

The condition he gave for one to win the cash: “you must be in Malawi and a Malawian. I want you to find me three cars similar to either of the cars and I will reward you with 200, 000 Kwacha (Sh50, 000). The car must be in Malawi and with a Malawian number plate, whether it belongs to the Government, I don’t mind because you cannot allow the Government to buy that car.”

But his challenge is not about cars alone. He challenged the social media users to find another clergyman who lives in a house as grand as his.

“Still if you can find a Pastor who is living in a house like mine on the picture, I will give you 100, 000 Kwacha (Sh25, 000). If you don’t you are in trouble because I have testified 20% of what God has done in the past 12 months, you better unfriend me. Those S-Classes currently I have 4 of them, and this E-Class I have 2 of them, 2 Range Rovers, 2 Land Rover Discovery, just to mention a few.  Thank you,” he proudly dared.

The two men of God join the list of showy African pastors – including several from Kenya – who seem keen on displaying their wealth on social media.