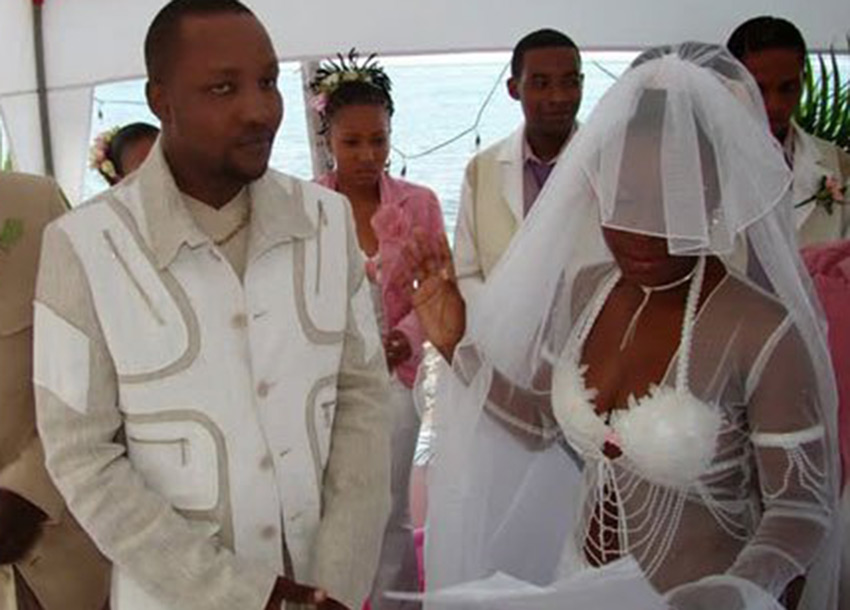 Just a few days after being granted formal divorce from Judith Wambura Mbibo better known as Lady Jaydee, details have now emerged that Gardner G. Habash ‘Captain’ had divorced another woman before tying the knot with the Yahaya star, Risasi newspaper reports.

The outlet says it got hold of Mr. Habash’s first divorce decree.

“Gardner officially divorced his first wife who was known by the name Idda Pius Mkunja in 2003,” reports the newspaper.

“It seems Gardner has the habit of filing for divorce in court. Away from Lady Jaydee’s case, I have seen another divorce decree he received after he separated from Idda – a woman he met in 1997,” a source told the publication.

The insider added that Gardner and Jaydee’s marriage hit a snag just a few years after the pair tied the knot. They, nonetheless, continued with the union hoping they would iron out their differences. That proved a pipe dream.

“Their woes in marriage did not start two years ago (2014) as many people think. At that time, the union was stained. The couple had fallen out already; only that they chose to keep it a secret,” said the source.

Gardner is yet to respond to the allegations.

The popular singer was granted divorce by a court in Manzese, Sinza in Dar es Salaam last week. Jaydee had in 2014 filed for separation after she fell out with Gardner Habash.

“It is true that Jide and Gardner’s marriage has officially been terminated. They have been issued with divorce decrees and they can now move on with their personal lives,” a source told Tanzania’s weekly.

In a 2015 interview, Lady Jaydee said that it was her personal decision to divorce Gardner, after the marriage became too much for her to take.

“My marriage didn’t work out. I was not happy at all and that’s why I decided not to carry on. My husband was cheating on me and had become a drunkard, while I was working so hard and giving the relationship all that I was able to. I am just happy and thank God that I don’t have children with him,” she said.

Gardner G. Habash is a popular radio presenter in Tanzania.