Singer Davido and baby mama viciously attack each other 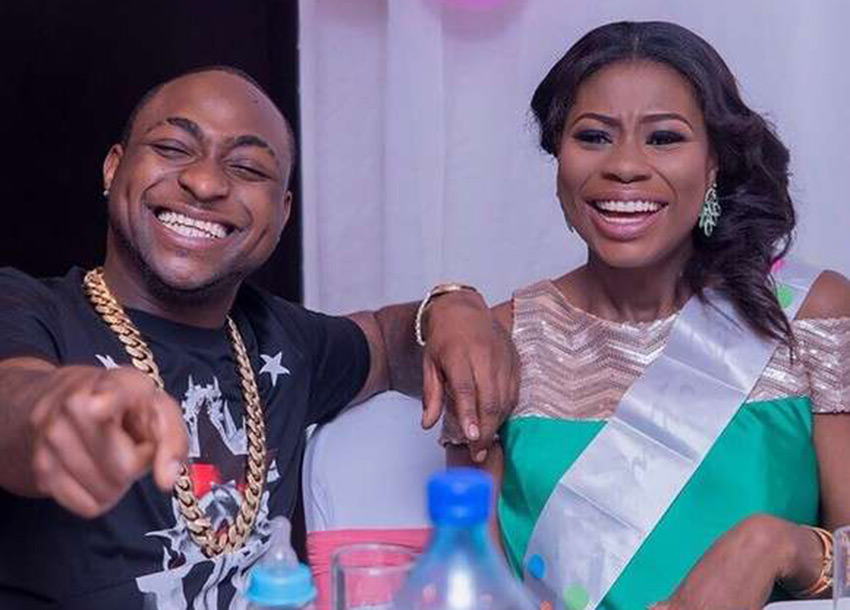 HKN star Davido and his baby mama Sophia Momodu are in a bitter custody war after the pop singer attempted to take his daughter, Imade Adeleke, abroad on Thursday, December 30 without the consent of her mother.

Immigration officials at the Murtala Mohammed International Airport in Lagos denied Davido clearance to fly out of Nigeria after Sophia wrote a petition to the airport authorities saying she had not given the go-ahead for her daughter to be flown out of the country – which is a requirement by law.

In a lengthy December 30 letter addressed to the Director General, National Agency for the Prohibition of Trafficking in Persons, Ms Momodu said Davido used his half sister Coco Adeleke to disguise herself as the biological mother of the child.

“Our client, a 27-year-old, is the biological mother of a baby girl with the name, Aurora Imade Adeleke, who was born on the 14th day of May 2015. The baby’s father is Mr David Adedeji Adeleke (aka Davido),” partially reads the correspondence.

“The baby was meant to be flown out of the country with Nigerian and American passports. Prior to that date, our client and her cousin, Mr Dele Momodu, had gone to alert the immigration services at the Murtala Mohammed, Ikeja International airport of the likelihood of Ashley Coco Adeleke travelling with our client’s baby by pretending to be the Mother.

Ms Momodu says she had not given her formal consent for the baby to flown to Dubai.

“Neither was a letter of authority from the mother to confirm her consent to the trip produced despite the airline being alerted.”

According to Sophia, the genesis of the brawl dates back to July 2015 when Davido forcefully took baby Imade from her.

“On the 11th July, 2015, our client was tricked to visit the house of Mr. Adeleke’s half sister – Miss Ashley Coco Adeleke’s with her baby, Imade Adeleke. After getting to the house in Lagos, our client’s baby was forcefully taken from her and she was thrown out of the premises with the threat that she would be decisively dealt with if she ever bothered to return there,” reads a section of the letter.

Davido on the other hand has defended his move saying his daughter needed urgent medical attention in Dubai after the “mother transmitted to her poisonous cannabis through breast milk.”

“On a routine hospital check, my daughter was found to have a massive dosage of poisonous cannabis that she got from the breast feeding regime of her mother’s breast. We still don’t know how much Imade was damaged by this toxic feeding and medical tests and procedures continue to rise and bemuse me and my family members (sic),” said Davido in a statement acquired by Pulse Nigeria.

“Already, Imade has special needs and has been treated at the American Hospital and Dubai, with all medical costs and travel expenses drawn off my personal purse ever since she was born.”

“On December 29, Imade was supposed to travel once more to Dubai for further medical care… But our family plan was truncated by Sophia, her uncle, Dele Momodu in the company of his wife, and all these persons were the significant accessory to the Lagos Airport debacle,” added Davido.

The Skelewu hitmaker then used the platform to open up bitterly about being “taken advantage of by ‘elderly’ Sophia Momodu when he had hardly matured.”

“I met Sophia when I was barely 21 years old. She was many years older than me and was able to manipulate and exploit my youth, naivety and generosity. Sophia is the mother of my daughter, and no more!

“She never would be my wife and she was never qualified for that status. Her background is very dissimilar from mine, and she has very paltry education and equally diminished physical attributes,” said Davido.

“It is this incident of December 29 that made implicitly necessary to bring my family matter to the public domain. I agree both parents have to give simultaneous approval to the travel plans of an infant. But I do not intend for Sophia to join me on this trip as if we are going away on a spousal honeymoon,” he further stated.

Sophia did not take these claims by Davido lying down; she has marshaled an acrid response.

“You are a disgrace, Davido. You will regret this. Trust me. I want to state it clearly that Davido is the most useless man any woman out there can meet. I curse the day I met you (Davido) kid (sic),” angrily tweeted Sophia.

The 27-year-old dispelled allegations by Davido that she smokes marijuana, and said the allegation cannot be used as a reason to snatch baby Imade away from her.

She also accused the singer of being cocky and disrespectful of her family because he hails from a wealthy and influential family.