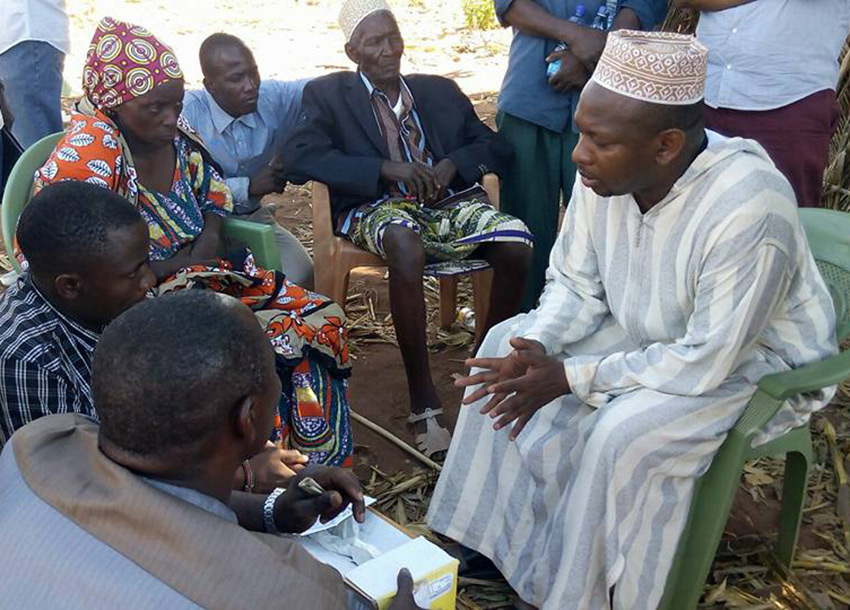 Constable Bakari Tsuma Joto was shot dead by a four-man gang in Sunton, Kasarani on Saturday, March 5th, 2016 while walking home with his wife.

Speaking during the burial of Mr. Joto on Tuesday, March 8th at Mkongani in Kwale County, Sonko also pledged to educate Mr. Joto’s dependants among them his three children and sister.

Mr. Joto served as Sonko’s bodyguard for six years until the time of his demise.

“He was a dedicated officer and one of my most trusted bodyguards who performed his duties diligently. He was husband to Regina Wabosha and Lilian Mwaura,” said Sonko.

Mr Joto had two children with his first wife and one with his second wife.

“I decided to give him (Joto) a good send off and show him my last respect by catering for all the funeral costs including clearing all the bills at Nairobi Hospital (where he was at the ICU) amounting to Ksh 1.3M, I paid school fees up to class 8 and Form 4 for all his dependants he left behind i.e. his Form 3 sister Mwanajuma Joto at Waa Girls’ Secondary; his daughter Fatuma Joto a class 7 pupil at St. Joseph’s Boarding School, Chuka and his son at Kasarani Academy,” added Sonko.

“I also pledged to pay for their fees at the next level of education once they are through with primary and secondary education respectively.”

“I also undertook to surrender to his family a title deed of a half acre plot I bought for each of my staff at Mlolongo in Syokimau once the subdivision process is completed. After the mourning period is over I will donate capital to both his widows so that they start some income generating activities.”

Sonko has appealed to the Inspector General of Police Joseph Boinnet and the National Police Service to ensure police officers’ insurance schemes are fully implemented to help security officers in such cases.

“As we approach the General Elections, I will like to urge all police officers to be extra vigilant as there are some selfish leaders who think they can mastermind the assassination of their opponents so that they get elected easily.”