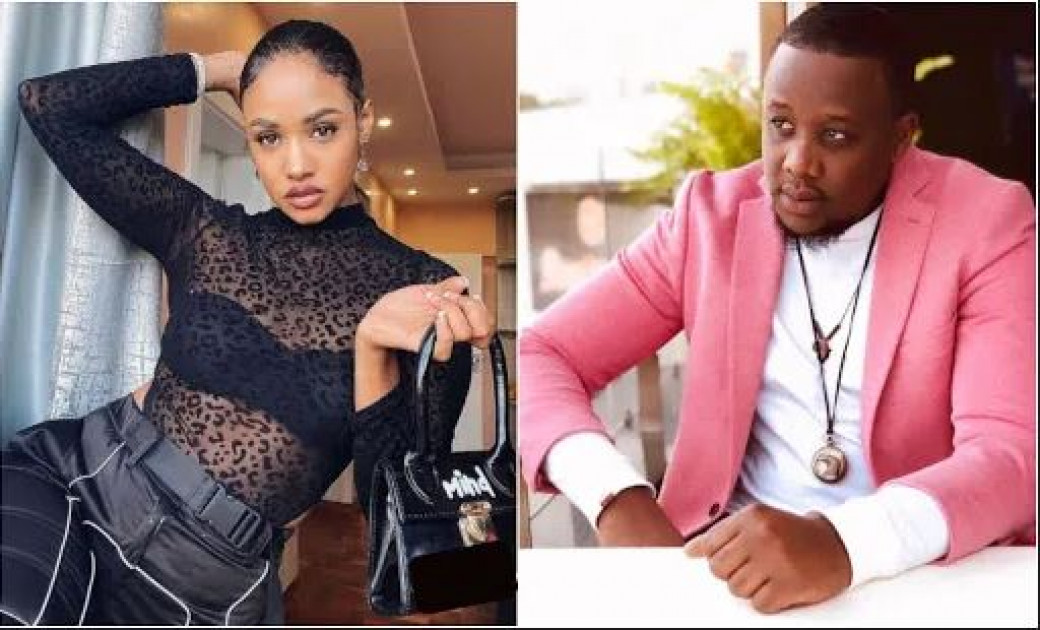 Castro who was speaking to Presenter Ali, said that while he was managing Tanasha, she always wanted to do cosmetic surgery to improve on her looks.

He claims that he was opposed to it.

“…She’s talented, she has the voice, the looks..ata naona ame-adjust features and I’m proud of that. She always told me she wanted to do that, something I stopped her from doing before but she did it by herself and she’s now looking more glamourous.”

Castro said that he was unsure about the surgery because he had not done his proper research adding that people have died from cosmetic surgery before and he was just looking out for the musician like a big brother.

However, Castro also added that Tanasha looks even more glamourous now, attributing it to mental peace which means that she is now ready to conquer the world.

“To me it’s like…seek more of mental peace, the peace that comes from within.. conquer yourself first and then now you can conquer the world from there.”

“It was amicable and I will now be embarking on a different journey with my new company Established African,” said Castro

The latest comes after socialite Risper Faith, through screengrabs posted by blogger Edgar Obare, accused Tanasha of failing to pay Ksh. 850,000 after she underwent a Brazilian Butt -ift (BBL) procedure at a Kenyan hospital.

Claims that the mother of one seemingly denied through her Instagram stories saying that people were spreading lies in her name.

"Some people are masters at mass manipulation and will go absolutely any extent including lie and makeup stories just to fulfil their own evil and selfish agendas. These days folks will do or say just about anything for traction…," Tanasha wrote.

"Let God fight your battles. No bad deed goes without consequences. The truth always comes out and no matter how hard they try to throw stones, use them to build your empire," she added.